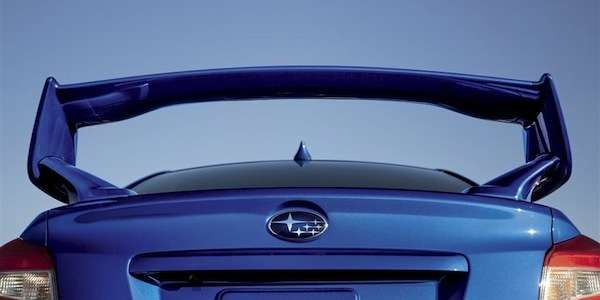 How did Subaru and STI develop the 2015 WRX STI performance car? They went to Germany and used an iconic Finnish race driver.
Advertisement

The new-generation Subaru WRX STI has received much praise for its driving dynamics and handling, but how did Subaru develop the new performance sedan? Subaru and Subaru Tecnica International (STI) used the Nurburgring Northern Loop and Finnish race driver Tommi Makinen to develop the new 2015 WRX STI.

Subaru and STI use the Nurburgring Northern Loop

Subaru started using the Nurburgring in 1992 when they began testing the first-generation Impreza. Subaru has used the German loop as a research-and-development test course because it replicates real-world road conditions. The same conditions that driving enthusiasts experience every day. Subaru called upon racing icon Tommi Makinen to help develop the new STI.

Tommi Makinen is one of the most successful WRC drivers of all time, ranking second in championships (4), tied with Juha Kankkunen and behind Sebastein Loeb (9), and fifth in wins (24). He is a four-time World Rally Champion, a series he first won, and then successfully defended, continuously throughout 1996, 1997, 1998 and 1999, while driving the Rally-bred Mitsubishi Lancer Evolution. He drove for the Subaru World Rally Team and ran the 2002-2003 Subaru WRX STI at the end of his career.

in 2010, Fuji Heavy Industries (FHI) and STI asked Makinen to meet them at the Nurburgring “Nordschleife” (Northern Loop) course in Germany to begin testing a modified 2011 WRX STI prototype sedan. They wanted to see if the updated 2011 model would outperform the previous generation setup. Tommi Makinen was able to memorize the 12.94-mile, 160-plus-corner Nurburgring Nordschleife with a few practice laps, and went on to drive the modified STI faster than any previous lap-time at 7 minutes, 55.00 seconds.

MUST SEE: New 2015 Forester STI has Nurburgring roots but we won’t see it in the U.S.

FHI and STI head back to Japan to develop the first 2015 WRX STI prototype with the information they gathered from the modified 2011 STI’s testing with Makinen. Then in 2013, after the engineering team at FHI had developed the new 2015 STI, they met with Tommi Makinen again back at the Nurburgring for further testing. Subaru was relying on his vast rally and rally-car testing experience to help check the car’s overall performance and conducted high-speed stability tests. He gave them his suggestions on how to improve the new performance sedan and “I told them what I would like to see” said Makinen.

In early 2014, Subaru then invited Makinen to Japan where they were testing a pre-production 2015 STI car at their own Subaru research test center which is a high-speed circuit in Gunma, Japan. The test facility was first opened on November 14, 1989 and is where Subaru tests all their vehicles. Subaru engineers wanted to be able to reduce understeer in the new STI and did extensive testing on the road course using their own drivers and engineers. They tested the performance cars ability to hold a straight line and not lose traction in the rear during high speed cornering.

Makinen is happy with the final production WRX STI

After driving the new STI at the test circuit in Japan, Makinen could tell the modification suggestions he made to STI in Germany had been implemented into the new car. Makinen said, “I’m very happy with the final product. It’s completely different from the previous car in many areas: It has a better chassis and aerodynamics, which lets drivers use the capability of the massive engine power to the fullest. It gives a better gear-shift feel; nice, accurate, fast, and linear steering response to control the car with sharp turn-in; better rear stability with a solid grip; good high-speed agility; flat ride with less body roll; and overall drivability that has been truly refined. All these enhancements make the car much safer and fun to drive, and that feeling gives drivers more confidence.”

The all-new 2015 Subaru WRX STI went through extensive testing at the Nurburgring Northern Loop and Finnish race driver Tommi Makinen played a big role in helping develop the new 2015 WRX STI. Anyone who has driven the performance sedan can tell that the final product definitely delivers improved driving dynamics and handling over the previous generation model.

Information and quotes for this story acquired from Drive Performance and journalist Yujiro Otsuki.