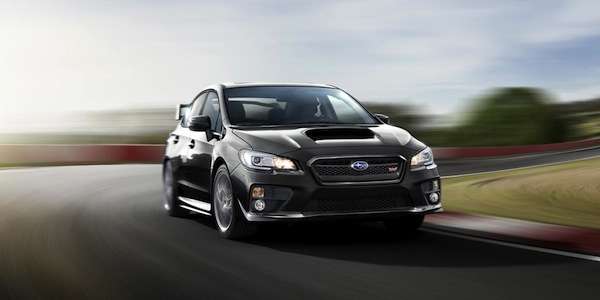 If the driver is confident in the machine, it will make it much more fun to push the car to its limits. It’s what Makinen stresses during his test drive of the new-generation WRX STI. The Four-time World Rally Champion tests the new STI at Buttonwillow Raceway Park which is located in Northern California.

It’s a great place for Tommi to drive the new 2015 WRX STI and is one of the premier road racing and testing facilities in the U.S. The track’s versatility has made it popular among club racers, track day clubs, motorcycle racers, professional race teams, car manufactures, tire companies, publishers and media outlets. The track is located 28 miles northwest of Bakersfield, CA.

Subaru Canada was behind the video below, and Makinen is testing the Canadian spec 2015 Subaru WRX STI. The four-time WRC champion got behind the wheel of a 2015 WRX STI at Buttonwillow Raceway Park and ran the performance car hard around the track. He shared his thoughts while lapping the vehicle on the engaging California circuit.

After a day of testing the new WRX STI, Makinen said, "You cannot do any mistakes with this car. They have done incredible work. Always going a step forward, and forward, and this is very nice to see from the previous model up to the 2015."

As Makinen puts the new STI through its paces, it’s evident he feels confident behind the wheel. And not because he is a one of the most successful WRC drivers of all time, but because of his confidence in the car. He comments on how it is easier and more comfortable to drive and begs to go quicker. And Makinen should know.

Tommi Makinen is one of the most successful WRC drivers of all time, ranking second in championships (4), tied with Juha Kankkunen and behind Sebastein Loeb (9), and fifth in wins (24). He is a four-time World Rally Champion, a series he first won, and then successfully defended, continuously throughout 1996, 1997, 1998 and 1999, while driving the Rally-bred Mitsubishi Lancer Evolution. He drove for the Subaru World Rally Team and ran the 2002-2003 Subaru WRX STI at the end of his career.

The video below shows some of the outmost capabilities of the all-new 2015 WRX STI while in the hands of a talented and experienced rally driver.