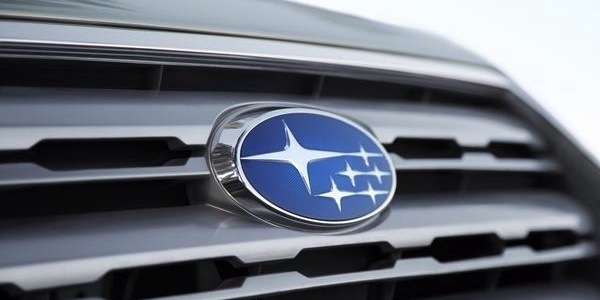 How Subaru scores in top 5 automakers for reliability

The newest Consumer Reports reliability findings are out and Subaru ranks in the top 5 automakers. What emerging trend is not problematic for Subaru?
Advertisement

Consumer Reports (CR) has released their latest reliability findings and a new emerging trend is causing many automakers to drop in the reliability ratings. The report says for the Japanese brands, Subaru was in the top five for reliability along with Toyota and Mazda. The new emerging trend has to do with increased troubles with new Continuously Variable Transmissions that are being used to increase fuel efficiency.

The findings are based on the CR’s 2015 Annual Auto Reliability Survey that takes into account data from more than 740,000 vehicles. “We’ve seen a number of brands struggle with new transmission technology,” said Jake Fisher, Consumer Reports’ Director of Automotive Testing. “Many vehicles require repair and replacements because of rough shifting among the gears and slipping CVT belts.”

Subaru has not experienced issues with their new CVT automatics that come in their all-wheel-drive vehicles like the 2016 Outback, Forester, Crosstrek and Impreza models. Subaru redesigned their Lineartronic CVT to elevate efficiency of the Boxer engine and Symmetrical AWD systems used in their vehicles. Their new CVT features a reinforced transmission case and new torque converter.

While many people don’t like the CVT because it seems to endlessly wind up under exceleration, the advantage of the CVT is that it allows the engine to operate longer at a lower speed than conventional automatic transmission systems. A lower engine speed means better fuel economy and it’s why most automakers are using them.

Subaru engineers have done a good job of blending fuel-efficiency and sporty driving dynamics with their Continuously Variable Transmissions. The new emerging trend that is causing many automakers to drop in the reliability ratings, has not effected Subaru as they are in the top five for reliability in CR’s 2015 Annual Auto Reliability Survey.

shloime wrote on September 27, 2016 - 8:23pm Permalink
what is "exceleration"? i couldn't find it in the dictionary...
Charles Sainte ... wrote on January 7, 2017 - 11:36am Permalink
Maybe it means it used to accelerate?
Dennis wrote on October 2, 2016 - 2:57pm Permalink
...the new emerging trend that is causing many automakers to drop in the reliability ratings, has not effected Subaru... Auto makers should be two words, and instead of 'effected', it should be 'affected'. Basic English usage.
Jim wrote on November 11, 2016 - 9:59pm Permalink
I have bought a. Subaru xv 2016 model and. Continually hear negative reports About the cvt transmission. Has. Anybody had problems.
Martin Baier wrote on January 13, 2017 - 4:18pm Permalink
I was wondering if anyone new if driving 2014 Subaru Legacy (60k miles) on highway in manual would extend the longevity of CVT?
Gordon Brand wrote on December 25, 2017 - 7:33pm Permalink
I have a 2018 Subaru Outback. When driving on a level stretch on the interstate, the RPM stays at about 2000. When I go uphill, it may suddenly jump to 2500. Why is that? I thought that as the load increases, the engine and CVT ratio would change seamlessly accordingly to give optimum power as the load increased. Is this a case of reducing optimum performance to make it feel more traditional to the customer?
Greg Oldman wrote on January 28, 2018 - 7:07pm Permalink
My 2017 has the "fake" gears that are evident under moderate-hard acceleration. When light on the throttle it seamlessly accelerates like a CVT should. When using cruise control it also functions seamlessly, even when going up a hill. Assuming the 2018 is similar, you are correct that Subaru is attempting to make a CVT feel traditional, which I wish they wouldn't. Apparently there were changes made to the CVT for 2018, one of which was making it quieter...not sure about the programmed shift points.
EDWARD BLAIR wrote on July 3, 2018 - 11:41pm Permalink
whoever wrote this needs to get a clue. Subaru has been constantly under fire for bad CVT transmissions. They had to extend warranties due to bad units. I have a 2018 and it is the worst transmission ever. Subaru does not seem to be able or willing to do anything about it. I do not recommend Subaru and will never make the mistake of buying another!
pony wrote on May 12, 2019 - 10:56pm Permalink
My outback CVT died at 40k Cya Bye Subaru
Purvis wrote on May 26, 2019 - 2:23pm Permalink
How about transmission failure on a 2017 imprezza with only 9000km
pony wrote on May 27, 2019 - 9:46am Permalink
Consumer reports is absolute dated drek. Canceling my subscription which is a hold over fro the 80s. It has the transmission on the outback rated as 5/5 and has it noted as reliable even though it has 7 major recalls.
Heidi Gluck wrote on August 28, 2019 - 11:54pm Permalink
I test drove both the Subaru Impreza hatchback and sedan models today at the dealership. Both vehicles made a quite audible knocking sound when I braked at about 25-30 miles per hour. The salesman told me this is normal for a new car and that the brake system needs to be 'broken in' --- something about how a 'groove' needs to be made in the (rotors?) or something. I can't quite believe this explanation. Can any body shed some light on this issue?

Tesla Contemplates A New Strategy for China Retail even As Sales Boom
Jay Leno on Elon Musk & EVs: “I Think He Should Get ... Credit"
END_OF_DOCUMENT_TOKEN_TO_BE_REPLACED