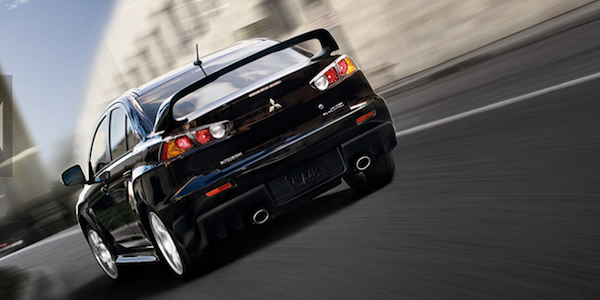 How Nissan Can Quickly Revive Mitsubishi in One Easy Step; Bring Back the EVO

Here’s how Nissan-Renault can revitalize Mitsubishi in one easy step. Bring back the EVO.
Advertisement

How should they do it?

Drop Lancer from the EVO nameplate and develop the performance sedan even further. They should take a page out of Subaru’s playbook. STI distanced themselves from their compact car and dropped Impreza from the WRX and WRX STI nameplate. Impreza is now standing on its own and received a complete remodel. It’s going to do just fine on its own. The WRX and WRX STI are selling better than ever around the globe on their own.

Mitsubishi has a loyal following and rabid fan base to draw from. They have tons of street cred and they need to tap into it again. It’s there for the taking. Nissan needs to help Mitsubishi get a handle on their most prized possession and bring back the EVO even better and stronger than before.

It’s in their best interest

It’s Mitsubishi’s most prized car because it draws attention to the brand in ways the Outlander, the Mirage and the I-MIEV will never be able to do. While there’s no guarantee Nissan-Renault CEO Carlos Ghosn will give a green light to bring back the EVO, we know the CEO has a history of boosting sales with the power of a performance car.

Ghosn knows the importance of having a performance flagship and a performance marketing arm. At the Paris Motor Show earlier this year, he said that both Renault and Nissan would continue to make sports cars “because it’s so important for the storytelling”. What he means is, it’s what gets people talking about the brand, and it gets consumers into the showrooms.

Will Nissan do the right thing?

Mitsubishi needs a halo car like the Evolution to sit atop its range to draw people’s interest. Especially a young millennial generation who will be buying their cars in the next decade. Will Nissan bring back the Mitsubishi Lancer Evolution? Maybe not in its current form, but it could be even bigger and better with the right direction from someone who has done it before.

Kevin wrote on October 25, 2016 - 11:10am Permalink
As an Evo X owner, I've been in so much pain over the last several years watching the company lose focus. Mitsubishi's lineup is so pathetic today that it is hard to imagine they even produced this car. Mitsu needs street cred and there is no other way to do this other than building an obscene car for the street and track. The GT-R will always be the flagship, but we need something for the every man to drive, tune, and aspire to race.
SubaStar wrote on November 2, 2016 - 4:25pm Permalink
How many sales of the last MY Evo, compared with the WRX STI of the same year ?
Nesto wrote on November 11, 2016 - 5:52pm Permalink
I have a turbocharged ralliart that ive been meaning to trade for an evo x but after looking at some of the options in the car it just puts me off to know they havent done much with the cars. the best thing mitsu can do is bring back the evolution line and name them something similar to the UK counter part( FQ 340, 380 & 400)