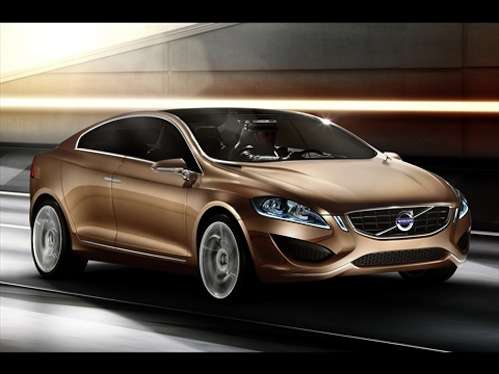 Volvo and Polestar Performance are developing a new high-performance S60 production model that will compete with the BMW M3.
Advertisement

Motorsport and performance tuner Polestar, who is the official partner of Volvo, is said to be working on a new high-performance Volvo S60 production model that will be able to compete with some of the world’s fastest sedans. In a recent report by Swedish car magazine Teknikens Varld, the new Polestar S60 is Volvo’s answer to the world’s super sedans like the Mercedes-Benz C 63 AMG and BMW M3.

Volvo is beginning to change their image of being a safe family sedan to one of performance oriented cars that will compete head-to-head in the racing world with the elite race teams. The Polestar team is Volvo’s officially sanctioned touring car team whose latest S60 race car is already successful. In addition to racing, the company's activities are organized into two further business areas, performance and services.

And now the tuning company is helping Volvo in the development of the S60 super sedan production model. Spy photos show a heavily armored and camoflaged Volvo S60 with a wider track, broadened wheel arches, and performance wheels and tires to keep the sedan firmly planted on the ground. The Swedish magazine reports that the new Polestar S60 will have plenty of horsepower to compete with the German automakers.

The Polestar high-performance S60 could have V-8 power

Sources say the high-performance S60 could be powered by the 4.4-liter aluminum Yamaha-built V-8 that is used in the XC 90. The stock engine produces 315 horsepower, but in the Noble M600 using a pair of turbochargers, horsepower is pumped up to 641. In a production model, with Polestar’s considerable capabilities, they would have no problem producing an engine that would challenge the BMW M3.

Polestar Racing has collaborated with Volvo since 1996 and is currently responsible for all of Volvo's major undertakings in motorsport. Through the years the team has competed with the 850, the S40 and the S60 models. The development of the new S60 will take place at Polestar's premises in Gothenburg, where the engine, chassis, electronics and aerodynamics will be optimized for performance.

Polestar Performance may choose to modify an engine already available in the stock S60. An example of what the tuning company can do was seen in the C30 concept. Polestar bolted a bigger turbo onto the 2.5-liter five-cylinder and pumped out 411 horsepower. They recently managed to squeeze 325 horsepower from a stock turbo six using an ECU reflash. We should look for the new S60 to use a Haldex all-wheel-drive system, with an Öhlins suspension and Brembo brakes, and 19-inch BBS alloy wheels wrapped in Pirelli PZero rubber.

The report says we could see an announcement from Volvo on the new Polestar high-performance S60 sometime in 2013.