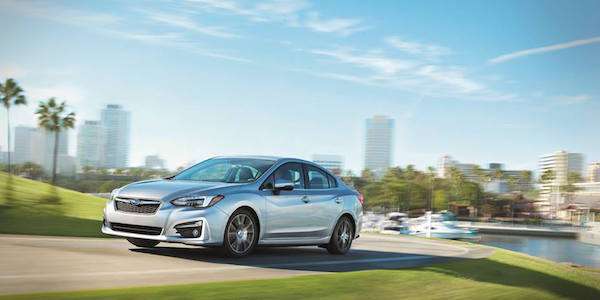 Here’s How Subaru’s New 2.0L Engine Improves the 2017 Impreza; It Gets 2 Important Upgrades

The new 2017 Subaru Impreza gets a complete remodel and important engine upgrades. What will it mean for consumers?
Advertisement

When an automaker redesigns a vehicle, it doesn’t always get upgrades under the hood. But the 2017 Subaru Impreza gets a complete remodel, and the newly developed next-generation 2.0-liter direct-injection engine. It gets two new upgrades over the old powerplant that will improve fuel-efficiency and overall performance.

Without getting too technical, Subaru engineers nearly gave the 2.0-liter four-cylinder boxer engine a complete remodel too. Subaru says 80 percent of the parts in the new 2.0-liter are new and have been revised over the old mill. That’s significant for a new-generation engine. The Subaru horizontally-opposed boxer engine is celebrating 50 years of use and this redesign is possibly the most it’s ever seen.

It’s a milestone for the engine Subaru calls their FB20 type, and its been reborn. At a recent Subaru fan meeting in Japan, Shirasaka Nobu from the engine design team, explained in layman’s terms what the new Impreza engine design included. He says, the engine moves the 2017 Impreza “beyond its class” in terms of driving dynamics. This was the theme when engineers went to work on the new engine.

Consumers will feel a difference in the smooth acceleration due to improved balance in the internals. Subaru accomplished this by reducing the weight of certain parts making “things” easier to rotate inside. The reborn engine also has improved fuel-efficiency because of less weight. Shirasaka Nobu says the new 2.0-liter Subaru Impreza engine weights 12kg (26.5 lbs.) less, which is significant.

Other drivetrain improvements came with a new updated Continuously Variable Transmission (CVT) in the new Impreza. Subaru says engineers expanded the ratio coverage (speed range) in the automatic transmission that will improve acceleration performance, and fuel economy will be improved at higher speeds. Engineers also reduced the weight of the transmission case by 7.8kg (17 lbs.).

The 2017 Subaru Impreza gets a complete remodel and the newly developed next-generation 2.0-liter direct-injection engine. The upgrades over the old power plant will improve fuel-efficiency and overall driving performance.