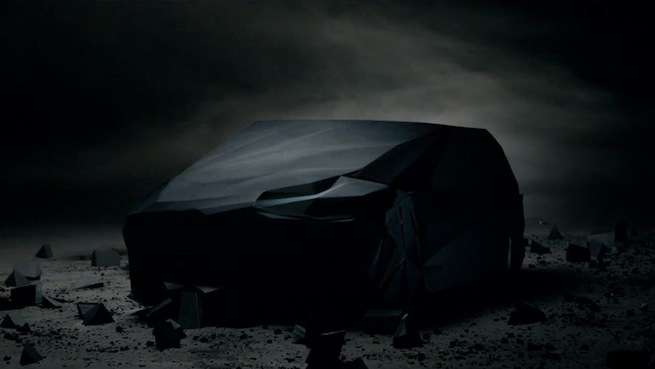 Mercedes is gearing up for the 2015 GLA-Class launch around the globe and the French give their own sensational interpretation of the creation of the new luxury compact SUV.
Advertisement

Mercedes is gearing up for the 2015 GLA-Class launch around the globe about a year from now and we’re seeing the first spots highlighting the next compact luxury vehicle from Mercedes. They are coming out of France and the ads are very well done. The CLA-Class just hit showrooms in the U.S. this week and the GLA just made it’s world premiere at Frankfurt IAA.

The Mercedes GLA Class will compete against the BMW X1, Audi Q3 and Range Rover Evoque. The new premium compact SUV is designed to draw a new generation of buyers around the globe who have purchased a Mercedes product before now. And if reaction from Frankfurt IAA was any indication, the new GLA will be a big hit with younger buyers.

Visitors to the show were attracted to youthful exterior appearance.The low greenhouse, raised body and large wheel arches give the GLA great visual appeal. In the video created by a French ad agency shows just how appealing it is and accentuates how the sensations and sportsmanship values ​​are at the heart of the DNA of Mercedes-Benz.

And that’s exactly what Mercedes is trying to portray to a new generation of French buyers. The new modern appearance, smaller size and utility will be three reasons they will be attracted to the new GLA-Class. They’ll use the GLA as an urban commuter when they aren’t riding their bicycle to work. And on weekends, the sporty SUV will be used for excursions to the beach and French mountains for sporting activities like surfing, skiing, hiking and biking. Mercedes has hit on just the right combination for the French and other global millennials.

Watch the artistic video "Sensations" and how Mercedes-Benz puts all the strength of design and the magic of Mercedes into the movie. The German automaker will be ramping up their efforts as it gets closer to the launch of the all-new Mercedes-Benz GLA-Class next year.