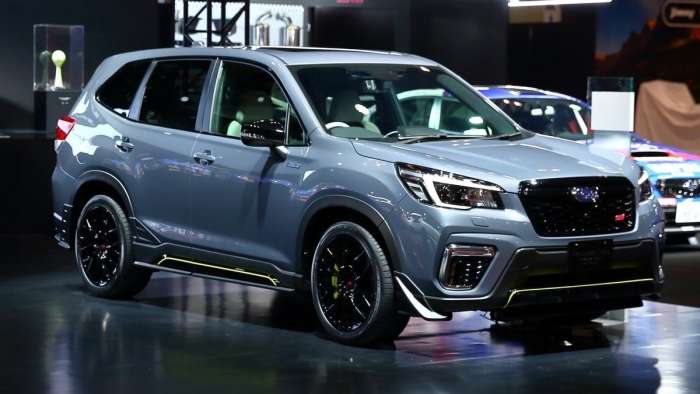 Forester STI Breaks Cover in Tokyo; It’s The One You Want But Can’t Touch

A new 2019 Subaru Forester STI Concept breaks cover in Tokyo. This is the one you want to replace the Forester 2.0XT.
Advertisement

Fans of the Subaru Forester 2.0XT weren’t happy when Subaru Corp axed the model last year and want it brought back. Subaru could cure that problem with a new 2019 Forester STI. Subaru Corporation and Subaru Tecnica International (STI) did bring a special Forester to the Tokyo Auto Salon 2019 that would also save the problem.

Subaru and STI bring a new Forester Advance Sport Concept to the Tokyo show being held this weekend at the Makuhari Messe in Chiba prefecture, Japan. Subaru doesn’t give many details of the Forester with STI badges, but they do say it was created in collaboration between Subaru and STI. This would make Forester fans happy again.

All Subaru needs to do is drop a 2.0-liter or 2.4-liter turbo engine in the next-generation 2019 Forester body and let STI have their way with the internals. Just like the Forester tS that was sold in Australia in 2016, it could get special equipment underneath that was developed alongside the WRX STI S207. 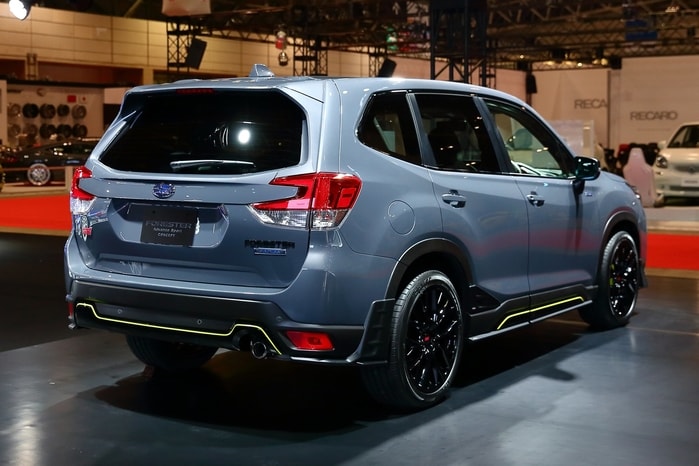 The performance Forester SUV was 15mm lower than the regular model and had a special STI suspension setup and tuning for performance driving dynamics. Underneath it featured 19-in BBS aluminum wheels wrapped in 245/45R19 performance tires, 17-in ventilated Brembo disc brakes both front and rear with red STI logo, a track-tested STI-tuned suspension, flexible tower bar, draw stiffeners both front and rear, and a flexible support sub-frame in the rear.

According to a recent report, Todd Hill, Subaru Carline Planning Manager says Subaru is working on more powertrains choices for customers and the turbo engine will play a key role. Hill says, “Where we’re headed, there will be more powertrain choices than you’ve ever had. And turbocharging is positioned to play a more integral component in them than ever.”

Subaru and STI need to bring a new performance-oriented fifth-generation 2019 Forester STI to replace the discontinued Forester 2.0XT. Subaru teases a new Forester Advance Sport Concept in Tokyo but fans can only look and not touch this one.

LG's New EV Battery Plant Is a Welcome News for Tesla
Tesla Giga Berlin's New Hurdle: It's Not Only the Gov't, but Now Tesla Itself
END_OF_DOCUMENT_TOKEN_TO_BE_REPLACED