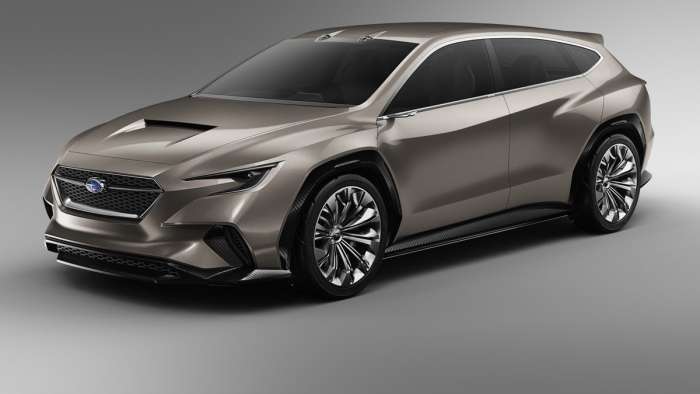 Subaru; What Customers Will Be Driving Soon

Subaru looks to their past to plan out their future. What will customers be driving soon?
Advertisement

Subaru customers who want to plan out their car purchase a few years ahead need to know what’s coming in the near future. Here’s a sneak preview of what’s coming soon for Subaru vehicles. Customers will still see all-wheel-drive, lots of safety technology, and the familiar Subaru SUVs with a “go-anywhere attitude. But, what will be powering the Forester, Crosstrek, and Outback in the future? According to Todd Hill, Subaru Carline Planning Manager, Subaru will look to their past to plan out their future.

The all-new 2019 Subaru Ascent is a good example of what Subaru engineers have in mind moving forward. Subaru is able to get maximum power and fuel mileage out of the all-new Ascent 3-Row family hauler by using the Boxer engine coupled with a turbocharger. This is not new technology for the Japanese automaker, they’ve been doing it since the 80s.

Subaru has been using turbochargers since 1983 when the GL Turbo Wagon was introduced. Since then, turbocharging has allowed Subaru all-wheel-drive cars and SUVs to dominate vehicles with much larger engines, and still return outstanding fuel economy. Subaru used turbo power in the 1989 Legacy sedan, 1984 XT coupe, 2002 Impreza WRX, 2004 WRX STI, 2010 Forester 2.5XT, and the newest vehicle, 2019 Ascent.

Subaru pulls from the past to plan the future

According to a report in Subaru Drive, Todd Hill, Subaru Carline Planning Manager says Subaru is working on more powertrains choices for customers and the turbo engine will play a key role. Hill says, “Where we’re headed, there will be more powertrain choices than you’ve ever had. And turbocharging is positioned to play a more integral component in them than ever.”

The biggest vehicle Subaru has ever built comes powered by a smaller 2.4-liter turbocharged Boxer engine and has the same power as the competition’s larger, less fuel-efficient V6 powerplants. The new Ascent SUV is configured to provide maximum torque at low RPM, providing brisk acceleration when merging onto a freeway or towing a trailer. Yet the Ascent can deliver up to 27 mpg while still producing 260-hp and 277 lb. ft of torque, using regular unleaded gasoline.

Subaru was the first automaker to recognize the potential, and then use turbocharging in mainstream vehicles like the first 1983 GL Wagon. ProDrive, Subaru and Subaru Tecnica International developed turbocharging in its performance Impreza and then Impreza WRX on the rally stages. They then went on to incorporate the technology in their daily drivers. Where Subaru really made its reputation, though, was combining turbocharging with their Symmetrical all-wheel-drive system.

Subaru has perfected the combination of small turbo Boxer engines combined with all-wheel-drive, and the 2019 Ascent 3-Row family hauler is their latest creation. Customers can count on more powertrain choices and turbo engines coming in the near future. “The technologies of turbocharging and direct fuel injection work well together, allowing manufacturers to make a smaller engine for improved performance, better fuel economy or both,” says Hill. Stay tuned.