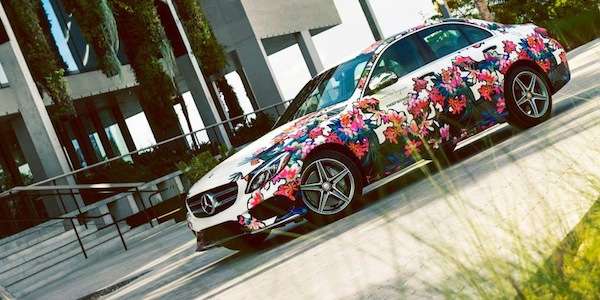 The 2015 Mercedes-Benz C-Class is getting ready to launch. Is a new C-Class Cabrio coming soon?
Advertisement

The German website Mercedes-Benz-passion.com says the new convertible will known as the A205 and it has been seen testing in Germany recently so we know its being developed now. The images of this new version of the new-generation 2015 C-Class you can see here were apparently taken at the Mercedes-Benz Museum in Stuttgart.

The images give us a preview of what the interior design of the new C Cabrio will look like. We just reported that a new 2015 C-Class plug-in Hybrid model is coming sometime soon and Mercedes is working multiple variants of the popular C. It looks like the new Cabrio will use the same architecture as its four-door sedan stablemate which should mean the same engine lineup too. We can only hope AMG will get their hands on the drop-top and we’ll also see a C-Class Cabrio AMG performance model in the future.

C-Class Cabrio will be produced in four continents

The new 2015 Mercedes-Benz C-Class rolls out here in the U.S. in September and its the first sedan that Mercedes will produce here in the U.S. The C-Class is a high-volume model for Mercedes and will be produced at the company’s North America plant in Tuscaloosa, Alabama which presently makes the SUVs M, R and GL-Class. The C-Class will be the first Mercedes-Benz model to be produced in four continents, reflecting the high demand for the C-Class worldwide. The new 2015 model is already being manufactured in Germany and South Africa, and will begin production in the U.S. and China this year. It's a global car and will be ideal for the new hybrid technology.

Mercedes-Benz will be launching the all-new 2015 C-Class soon here in the U.S. and it looks like a new 2015 Cabrio C-Class is coming soon. Details on the upcoming rag-top version of the new 2015 Mercedes-Benz C-Class are limited for the moment, but it will likely make its global debut at the 2014 Paris Motor Show in October. Stay tuned to Torque News for the latest 2015 C-Class Cabrio news.