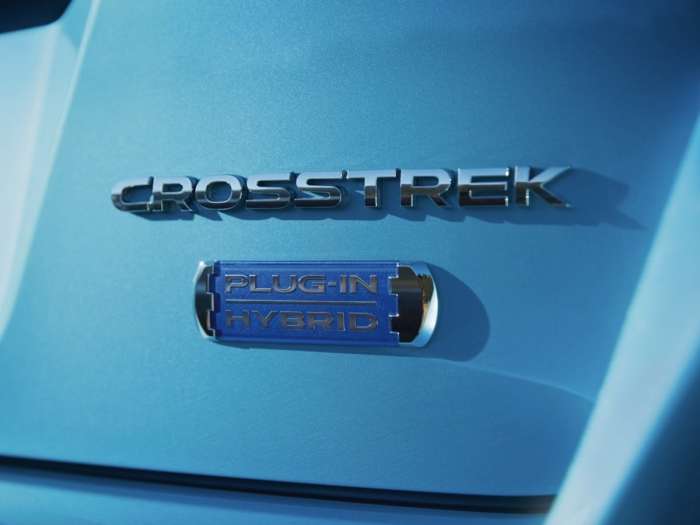 It was supposed to be for the U.S. market only, but Subaru Canada announces they will also get the new Subaru Crosstrek Plug-in Hybrid. See when it’s coming.
Advertisement

The all-new Subaru Crosstrek plug-in hybrid is not just for U.S. customers, it’s also going to be launched in Canada. Subaru originally said the first-ever Subaru with a plug-in would only be sold in the U.S., but that has changed, it’s also heading up north. Subaru Canada just announced they will get the 2020 Subaru Crosstrek plug-in hybrid at the end of next year. The U.S. will get it at the end of December 2018.

The Subaru Crosstrek PHEV was built to comply with California's zero-emission vehicle (ZEV) regulations. Canada is accelerating the deployment of ZEVs and has a long-term goal to reduce emissions by 80 percent from 2005 levels by 2050. According to a recent report, Canada has seen impressive growth in ZEV sales over the past few years. In fact, ZEV sales in Canada increased 68 percent between 2016 and 2017. As of the end of 2017, the total number of ZEVs on Canadian roads was 47,800.

The new 2020 Subaru Crosstrek plug-in hybrid could be a good seller in Canada. Quebec, Ontario and British Columbia will be prime targets for the new Subaru plug-in where there has been significant growth in ZEV sales over the 2013 to 2017 time period.

According to the Subaru of America press release, it’s estimated to achieve an all-electric range of 17 miles making it a good city commuter during the week. Subaru says the new powertrain is a full second quicker from 0-60 mph than the standard Crosstrek and gets up to 90 MPGe with a total range of 480 miles when using both gas and electric power. The all-new Subaru Crosstrek Hybrid is capable of speeds up to 65 mph when in full electric mode. It’s now coming to Canadian showrooms late 2019.

Ed B wrote on November 26, 2018 - 2:58pm Permalink
I fear Subaru is late to the game and investing in already outdated technology - five years too late. The new Cross-Trek Hybrid is slower than the current gas model and a sizable portion of the rear storage is essentially lost due to the battery compartment - poor execution in spite of good intentions. From Bloomberg News - 11/26/2018 - The Plug-In Hybrid Car Hits its Stride, Just in Time to die - By: Kyle Stock “A full electric is a much more elegant solution,” said Gil Tal, director of the Plug-in Hybrid and Electric Vehicle Research Center at the University of California, Davis. “It’s very simple to build and very low maintenance.” In retrospect, he contends, plug-in hybrids “are just the training wheels” in the industry’s preparation for electric cars. In the U.S., sales of fully electric vehicles have surged ahead of plug-in hybrids, outpacing them by almost three-to-one in the third quarter, according to new data published by Bloomberg New Energy Finance. In the coming months, purely battery-powered machines will overtake hybrids that don’t plug in at all, a category that includes a wide range of vehicles such as the Prius.
Steve L wrote on November 30, 2018 - 3:11pm Permalink
I'm interested. True that hybrids (plug-in or not) are compromises, having both power sources, but they work for many people in a mixed urban/rural driving profile. Pure BEV is here for increasing numbers of people (Leaf, Bolt, Tesla3...) but Subaru wants to capture outdoor activities. Imagine going to the ski hill or cottage for the day; zero chance to plug in, or else rarely 115V only. This is a good move, because the only other CUV/SUV AWD option seems to be Mitsubishi Outlander. I like this Crosstrek because I might be able to drive to work and back all week on electric only (I'm under 10K), and can go anywhere on weekends.
John McIntosh wrote on December 23, 2018 - 2:33pm Permalink
PHEV Crosstrek by the end of 2019? Come on Subaru, pull the lead out! You should be marketing the PHEV Crosstrek in Canada now with a PHEV Forester by the end of 2019. If Subaru does not have a PHEV Forester when I’m ready to replace my 2016 Forester, I will buy a Toyota RAV4 Hybrid!