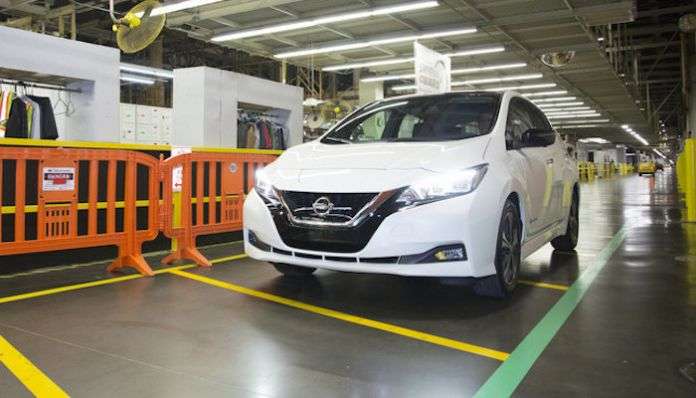 The first 2018 Nissan LEAF rolls off the line in Tennessee. Is a LEAF NISMO hot hatch far behind?
Advertisement

As the next-generation 2018 Nissan LEAF rolls off the assembly line in Smyrna, Tennessee, we wonder, could a hot hatch version be far behind? The new LEAF will hit showrooms in the U.S. as soon as next month, just in time for the start of a new year. When will the Japanese automaker release an eco-performance version?

Nissan unveiled a new LEAF NISMO concept hot hatch at the 45th Tokyo Motor Show to show what they can do with the all-electric model. Nissan and NISMO already produce hotter versions of their regular cars like the Juke, Juke RS, 370Z and GT-R models. Is a LEAF NISMO coming next?

Since the auto industry is moving towards getting rid of the internal combustion engine (ICE), performance fans want an-eco-performance model that hopefully Nissan and motorsports and in-house tuning division, partner NISMO (NISsan MOtorsports) will produce soon. 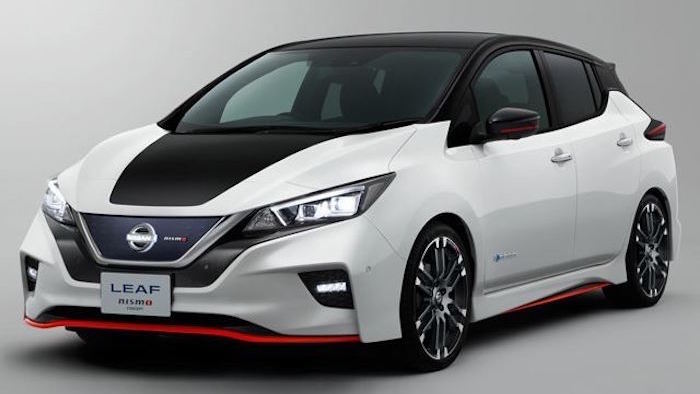 It will be a smart thing if the Japanese automaker decides to actually bring it to production sooner than later. It’s not only smart, it would be brilliant. Automakers have used their high-performance models to bring in new customers to their showrooms for decades. Nissan will likely be doing it with a hot hatch version of the new-generation LEAF EV.

Until now, performance enthusiasts haven’t been excited about EVs with their boring styling and uninspiring driving dynamics, but a hot LEAF hatch could change the EV landscape in a hurry. That’s where Nissan’s in-house tuning division ramps up the driving experience in the LEAF. The NISMO concept they brought to Tokyo features a sport-tuned suspension, high-performance tires, and a “custom-tuned computer” that Nissan says will deliver instant acceleration at all speeds.

When you look at the new Tesla Roadster acceleration numbers, we get an idea of what kind of exhilarating performance all-electric vehicles are capable of. Now fans just need one that’s affordable. Nissan could be the automaker to produce an eco-performance LEAF NISMO hot hatch for the average performance fan.

Soakee wrote on December 5, 2017 - 4:48pm Permalink
Anything with the NISMO badge should not have more than two doors.

LG's New EV Battery Plant Is a Welcome News for Tesla
Tesla Giga Berlin's New Hurdle: It's Not Only the Gov't, but Now Tesla Itself
END_OF_DOCUMENT_TOKEN_TO_BE_REPLACED