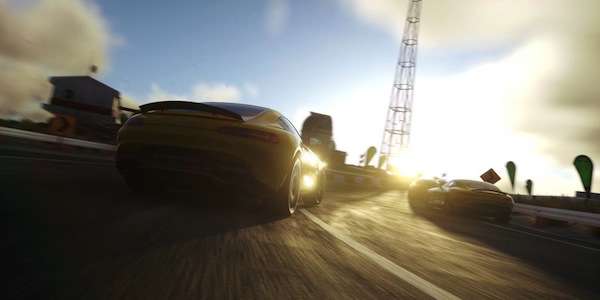 Drive the 2015 Mercedes AMG GT before the supercar launches [video]

The 2015 Mercedes AMG GT is going to be revealed in two days. Would you like to drive it before it launches?
Advertisement

Mercedes has given the new 2015 AMG GT more hype than any car in their lineup before it was officially revealed. The newest AMG has been seen in its camouflaged state more than any new launch before now. Mercedes tells us the supercar will make its global reveal on Tuesday, September 9. They also have another pre-reveal video below as Mercedes-AMG CEO, Tobias Moers, has the final test drive with the all-new Mercedes-AMG GT at Bonneville Salt Flats.

But AMG’s newest performance car will will join its other stablemates in the world of Driveclub on October 8. Would you like to drive the powerful AMG GT before it makes its official launch in the flesh? Mercedes has given another sneak peak of the new 2015 AMG GT in the short video clip below and will feature the car in Driveclub in Europe on October 8 before its official launch. You can drive it before it hits the streets.

For Mercedes, this is a first as they will launch the supercar after it makes its world premiere in Driveclub. AMG engineers has worked “side by side” with Evolution Studios to create the new AMG GT with breathtaking accuracy. Evolution Studios took all the technical specs and had access to the test track and were able to directly record the sound, allowing the team to recreate the every aspect of the car with total authenticity.

Global activities will mark launch of Mercedes-AMG GT and Driveclub

Mercedes will invite gamers from all over the world to form a club at www.journeyofstars.com to compete around the world with their friends on social networks including: Facebook, Google+ and Twitter. This will begin on September 9 and they will need to master a series of gaming challenges themed around both Mercedes-Benz and PlayStation.

To win, Mercedes will ask members of a club to join forces to overcome as many of these challenges as possible while creating the longest-possible line of worldwide connections. Each member of the victorious club will receive a free PlayStation 4 and a copy of Driveclub. The "Journey of Stars" ends on 9 October 2014.

The most hyped car on the planet, the 2015 Mercedes AMG GT will be revealed on September 9. Gamers can drive the supercar on Driveclub on October 8 before it makes its global launch. Stay tuned.