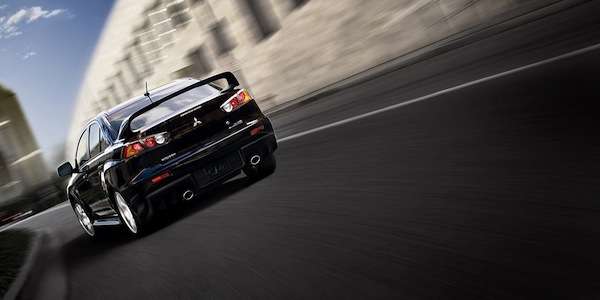 Don’t say goodbye to Mitsubishi Lancer Evolution just quite yet

The 2015 Mitsubishi Lancer Evolution is on it’s way out for this generation, but the performance car isn’t done yet.
Advertisement

The 2015 Mitsubishi Lancer EVO will begin production in July, 2014, and this will be the last EVO for the generation X model here in the U.S. In many markets outside of the U.S. though, the 2014 Lancer EVO is the last model and will cease production in June 2014. That’s good news for EVO X fans here in North America who will be able to purchase the rally-bred performance car for one more year.

Mitsubishi says they will begin production of the 2015 model year Lancer Evolution in July 2014. The Japanese automaker is expected to continue production of the four-door performance car until August 2015. These cars will be for the U.S. market and the rest of the global market like the UK, Europe, Australia/New Zealand and possibly Philippine and Malaysian markets will not be getting the sports car after 2014 model inventories run out.

But U.S. performance fans can rejoice for one more year. What happens after the last 2015 Lancer EVO rolls off the assembly line in August 2015? In an Autoweek story, President Osamu Masuko said Mitsubishi's strength lies in pickups, crossovers and SUVs. They will “deprioritize” in-house sedans and explore sourcing them through joint projects with the Renault-Nissan Alliance. And of course we know Mitsubishi is working on expanding its existing electric vehicle technology with their entire lineup.

Mitsubishi has been very secretive about future plans for the next-gen Lancer Evolution. Jim Hall, Trivalle Communications (MMNA's PR agency told me that future product plans after the current generation 2015 Mitsubishi Lancer EVO are a “closely guarded secret” and they can’t reveal anything beyond 2015.

But sources in Japan have told Motor Trend recently that Mitsubishi “is well into the development of a next-generation Evolution.” The XI high-performance Evolution will not be getting the same Renault platform that the Lancer will have, but will get its own special architecture. But its going to be different than anything we’ve seen before both in appearance and power and will likely get a new name.

Mitsubishi brought the Lancer Evolution to the U.S. market in 2003 after they saw the success Subaru was having with the introduction of the 2002 Impreza WRX performance sedan. Like the Subaru WRX STI, Lancer Evolution was originally developed in the early 1990s to compete in the World Rally Championship (WRC) racing series. It quickly became a successful rally car and like the STI, it developed a cult-like following around the world.

That loyal following is happy here in the U.S., that they will have one more year to buy the iconic Lancer Evolution. Other global markets are sad that the 2014 model will be the last EVO for them. Sales of the 2015 Mitsubishi Lancer Evolution model in the U.S. are expected to begin in the fall of 2014.