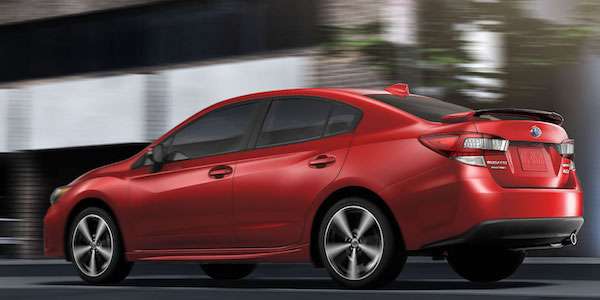 Canada Exclusively Gets Fun Manual Gearbox on New Subaru Impreza, US and Australia Only the Unique CVT

You can still get a manual gearbox in the 2017 Subaru Impreza in Canada only. Why do the US and Australia get left out?
Advertisement

Canadians should feel very special. Subaru Canada has told Torque News, the manual gearbox in the new 2017 Impreza will still be offered in their all-new compact. It seems Canada is the only global market that will still get the new 2017 Impreza with a manual rower. The US and Australia will only get the CVT automatic. Why is Subaru axing the fully-synchronized 5-speed manual shifter in the US and Australia and not Canada?

The 2016 2.0i sedan and 5-Door previous generation models came with the manual gearbox as standard equipment in all global markets. But in the US and Australia, it will be axed for 2017. Why?

Fuji Heavy Industries, maker of Subaru automobiles, has decided to put their money and Research and Development into other areas. In a recent press release, Subaru Australia Managing Director, Nick Senior, said, “The decision to not offer manual transmission may surprise some but, realistically, manuals have dropped to only 7 percent of Impreza sales and are declining month-on-month.

Subaru is targeting a younger generation of buyers, including younger females with the new 2017 Impreza sedan and 5-Door, and Subaru thinks they won’t buy a manual Impreza. It’s true, most younger buyers won’t even look at a manual gearshift car when looking for a new or used vehicle.

Will Subaru lose their hard-core fans by going mainstream?

Subaru will miss some sales by dropping the 5-speed manual transmission from the 2017 Impreza lineup. Many long-time Subaru supporters aren’t happy. With declining sales every month, Subaru has decided to go with the Lineartronic Continuously Variable Transmission (CVT) with a wider gear range in the US and Australian markets. It’s new design is lightweight, it comes with Auto Stepped Speed Control, a seven-speed manual mode, and it’s more fuel efficient than the manual rower.

Michael Mouzourakis wrote on October 4, 2016 - 10:26pm Permalink
This article makes no sense. "Subaru has decided to put their money and Research and Development into other areas" (meaning they didn't bother with the manual) but will still offer manual in Canada. So how that will save them money ??? Beileve that they have dropped the manual on all markets.