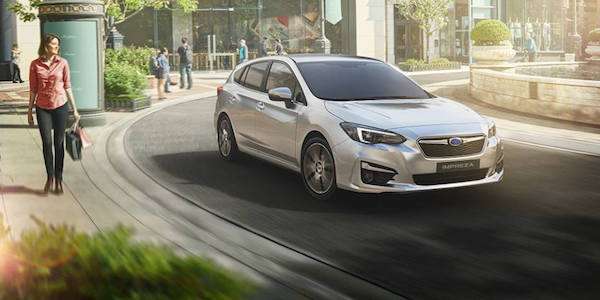 Subaru’s goal with the new 2017 Impreza: Get more young females into Subaru
Advertisement

Subaru did it when they pursued the Lesbian community in the Northeastern US in the 90s. It worked well for the Japanese automaker in North Åmerica. Sales of Subaru’s Outback and Forester skyrocketed with that demographic. Subaru has always been good at marketing to a specific group. Now they go after young females around the globe. They don't care if they are gay or straight.

Now Subaru will go after a new demographic in it’s global marketing specifically in Australia. They will market to young females who are first, or second-time car buyers. Subaru Australia has high hopes for the new 2017 Subaru Impreza and says the pioneer of its new global platform marks the “dawn of a new era” for the brand, attracting a broader and younger audience. They will be courting young females like never before.

Speaking at the first international drive of the new Impreza in Japan last week, Subaru Australia managing director Nick Senior said, “That’s part of our challenge with the 2017 Impreza. To get more younger people, more females to get into Subaru, and give them a Subaru experience that’s enjoyable for them, hopefully then you can keep them in the brand.”

How is Subaru trying to capture the new younger demographic?

Senior explained that the first part of a “new era” for the brand, hinges on snaring a new type of buyer, made possible by a more fun, safer and excitingly styled Impreza. The second thing Subaru will do is talk about the 2017 Impreza’s fun-to-drive nature similar to what Mazda does with the Mazda3. He says, “The second one there is that younger audience, both male and female, which Mazda does a good job of doing. We want a bit of that.”

They will also talk about the 2017 Subaru Impreza’s new infotainment, sporty nature, quality build and the new exterior and interior design language. Senior went on to say, “I think this new Impreza ticks a lot of the boxes for younger people that we haven’t been able to potentially tick before. The all-new 2017 Subaru Impreza sedan and 5-Door models will make their dealer launch in mid-December down under. Look for Subaru to court one important demographic, young females.