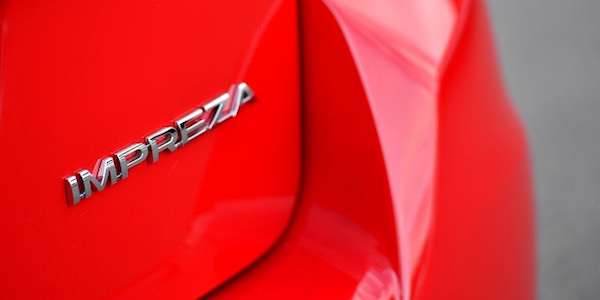 Subaru Quietly Drops a Key Feature on the New 2017 Impreza After 23 Years What’s Behind their Decision?

Subaru is quietly dropping a key feature on the new 2017 Impreza after 23 years. What’s behind their decision?
Advertisement

When the 2017 Subaru Impreza arrives, it will not have a key mechanical feature it’s had since it was first launched in 1993. Subaru is dropping the manual transmission from the 2017 Impreza lineup. Why is the Japanese automaker axing the fully-synchronized 5-speed manual shifter and going with the CVT automatic only?

It was an easy decision

The 2016 2.0i sedan and 5-Door previous generation models came with the manual gearbox as standard equipment, but in the new-generation Impreza, it will be axed. According to Subaru, the decision was an easy one. They just aren’t selling many manual gearbox models, and sales of the manual rowers are declining around the globe.

In a recent press release, Subaru Australia Managing Director, Nick Senior, said, “The decision to not offer manual transmission may surprise some but, realistically, manuals have dropped to only 7 percent of Impreza sales and are declining month-on-month.

Fuji Heavy Industries, maker of Subaru automobiles, has decided to put their money and R&D into other areas. Senior went on to say, “It makes sense to put the money that would have been used in developing a manual transmission into other areas that benefit the customer and I think everyone would agree that the factory has been able to achieve this.”

Subaru targets a new generation of buyers with Impreza

Subaru is targeting a younger generation of buyers with the new 2017 Impreza sedan and 5-Door, and many don’t even know how to shift a manual transmission. Most younger buyers won’t even look at a manual gearshift car when looking for a new or used vehicle.

Subaru won’t miss many sales by dropping the 5-speed manual transmission from the 2017 Impreza lineup. With declining sales every month, it makes good business sense to go with the Lineartronic Continuously Variable Transmission (CVT) with a wider gear range. It’s new design is lightweight, it comes with Auto Stepped Speed Control, a seven-speed manual mode, and it’s more fuel efficient than the manual rower. The fully-synchronized 5-speed manual shifter is gone forever from the new-generation 2017 Subaru Impreza. Will you miss it?

Toyota's First EV Will Have a Name of BZ: Toyota BZ
First Videos From Inside The Boring Company's Las Vegas Loop
END_OF_DOCUMENT_TOKEN_TO_BE_REPLACED