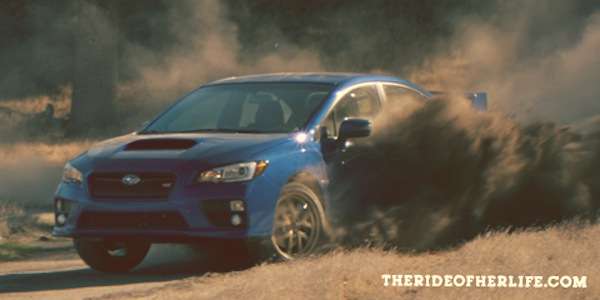 Is Bucky Lasek an actor or a Global RallyCross driver? [video]

Bucky Lasek and the 2015 WRX STI are going to star in a new film called “The Ride of Her Life.” Is Lasek an actor or RallyCross driver?
Advertisement

Bucky Lasek is a RallyCross driver for the Subaru Puma RallyCross Team, but is about to star in a new movie called “The Ride of Her Life.” The new 2015 Subaru WRX STI is also going to star in a new film that is due out this spring. Cars have been stars in movies before, like the Dodge Challenger from the Vanishing Point movie where it’s driven from Denver to San Francisco. And who can forget Steve McQueen in Bullitt, in his 68 Ford Mustang GT, that is notable for its car chase scene through the streets of San Francisco. The 2015 WRX STI will make a great movie car, but what's Bucky Lasek doing in a movie?

Bucky Lasek plays a mysterious drifter in the new film who picks up a gorgeous young country girl in his new 2015 Subaru WRX STI and they fall in love. We aren’t sure if she falls in love with Lasek, or his new high-performance sports car. The love affair ignites a winner-take-all war between Lasek and her overprotective father who is a tough sheriff in a small town somewhere in the west.

Lasek, a successful skateboarder, has been driving for the Subaru Puma RallyCross team and hasn’t been too successful so far. The 2013 Rally Cross season was challenging for the Subaru RallyCross Team USA, but there were some small victories for Sverre Isachsen another Subaru driver. But we’ve been wondering why Bucky Lasek didn’t seem to be competing last season in the RallyCross races. Lasek has been nowhere to be found.

When Lasek is away from the track, he likes to spend time with his family, but he is always thinking about racing. His motorsport background goes back to when he tuned Volkswagens and did track days back in the 80’s and early 90’s. At home, he can be found working on his 2012 Subaru WRX STI street car that he has modified with a carbon fiber hood and set up for track time. He says it’s more fun than his twin-turbo 996 Porsche he used to own before this.

Lasek’s passion for motorsports is only passed by his desire to prove himself. But maybe he needs to concentrate on racing and not making movies. Is he trying to be an actor or a Successful RallyCross driver? With two years of Rally Cross experience behind him, it’s time for Lasek to step up and show if he’s serious about the sport. It’s time for him to make the shift from development, to fighting for a spot on the podium. According to Lasek, “he’s been holding back” learning the tough sport of Rally Cross.

This new venture with Subaru, and making a movie with the new 2015 Subaru WRX STI, is probably another way Bucky Lasek can prove himself, but it could be a distraction from his desire to win at RallyCross. Bucky Lasek and the 2015 WRX STI are going to star in a new film called “The Ride of Her Life.” Lasek needs to decide if he’s an actor or RallyCross driver. This season could tell us which one he wants to be more.

Watch DoubleURXXX Productions presents “The Ride of Her Life” video.