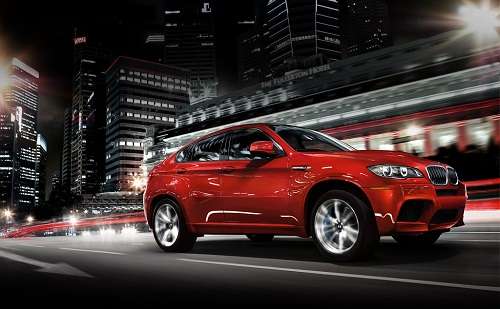 BMW is back on top as the world’s most valuable car brand after being ousted by Toyota last year.
Advertisement

BMW has overtaken Toyota as the world's most valuable automotive brand, according to a report by Automotive News in an annual ranking of the world's top brands. The BrandZ Top 100 Most Valuable Global Brands study was released by market research company Millward Brown yesterday.

German and Japanese automakers have been battling for the BrandZ Top 100 Most Valuable Global Brands top spot for the past few years. Toyota held the number one spot from 2006 until 2009 as well as last year, and the 2010 report named BMW as number one among automakers. BMW has raised their global value among all automakers with a value of $24.6 billion with a ten percent increase from 2011.

All of the German automakers, Mercedes-Benz, Volkswagen and Audi saw their brand value increase for 2012, mainly due to strong growth in Asia. And much like Toyota, Japanese automakers Lexus, Nissan and Honda all saw a decline.

Toyota’s loses # 1 ranking due to disasters

Toyota lost its top place in the ranking in the aftermath of the earthquake, tsunami and nuclear disasters that affected all Japanese carmakers last year, Walshe said. All of the Japanese brands were affected negatively by the disasters and showed in the rankings, although Honda, Nissan and Lexus all remained in the top 10.

"Toyota is certainly seen as a good value, very reliable and very trustworthy, which are all tremendous qualities, especially for mid-range buyers," Walshe said. "The problem with Toyota has to do with its financials, not brand, due to the disasters, which were clearly out of its control."

BMW moves into the top spot

BMW was founded in 1917 and the German manufacturer is headquartered in Munich. It also owns and produces the MIMI brand and is also the parent company of Rolls-Royce. In 2010, the BMW group produced 1,481,253 automobiles across all its brands.

Peter Walshe, Millward Brown global brand director, said that BMW has been able to effectively communicate what sets it apart from other carmakers, while backing up its message with a "very decent product."

“As one of the great brands in the world, BMW has been absolutely consistent in the long-term regarding what is meaningfully different about their brand, in highly competitive market places,” said global brand director Peter Walshe of Millward Brown, which publishes the Top 100 brands report.

A surprise in the top ten

Hyundai Motor Group is a surprise in the top ten list and managed the ninth spot. This marks the first time a Korean automaker joined the top 10 automotive brands. Hyundai and Kia have been making incredible strides in the past few years and are bringing new stylish cars to market faster than any other carmaker. Look for Hyundai to continue to advance in the rankings.

BMW has been able to differentiate themselves by building a consistent quality product backed up by their “Ultimate Driving Machine” slogan.

Toyota's First EV Will Have a Name of BZ: Toyota BZ
First Videos From Inside The Boring Company's Las Vegas Loop
END_OF_DOCUMENT_TOKEN_TO_BE_REPLACED