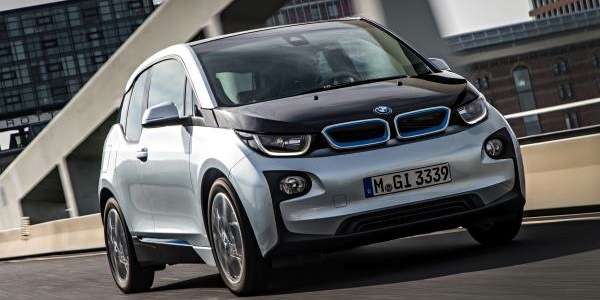 BMW returns to the Super Bowl and this time with the new BMW i3. How is the new all-electric i3 doing?
Advertisement

Around 17,800 customers have already taken delivery of the innovative BMW i3, and BMW wants to keep the momentum going in 2015. BMW has not had a Super Bowl ad for the last 4 years and returns with the all-electric BMW i3 in a 60-second spot during Super Bowl XLIX on Sunday, February 1, 2015. The new i3 BMW ad will be shown during the big game sometime in the first quarter. This is a prime spot when many people are watching the game to see what new ads will be aired.

The matchup last year between the Seahawks and Broncos was seen by 111.5 million people and BMW wants to tell at least that many fans about their forward-looking and sustainable brand philosophy. “As one in three Americans will tune in to watch the Super Bowl, we are thrilled to use this platform to educate viewers on the importance of electric mobility,” said Trudy Hardy, Vice President of Marketing, BMW of North America. “Big ideas like the BMW i3 take a little getting used to, and the creative idea surrounding our spot will play on this analogy.”

i3 sales are gaining momentum

BMW is pleased with the launch of the new i3 as global deliveries of the new all-electric car total 16,052 in 2014. BMW says nearly three-quarters of those sales occurred in the second half of the year, following the vehicle’s late-spring market launch in several major markets including the U.S. BMW has also moved out a total of 1,741 BMW i8s to performance oriented customers since it went on sale last summer.

BMW has to ramp up production

Sales have been so brisk for the two models that BMW needed to ramp up production. The BMW plant is rolling out more than 100 BMW i3’s each day. The all-electric 13 and i8 both use extensive quantities of carbon fiber in series production and the i8 is lightning fast.

BMW hopes to capture the attention of Super Bowl XLIX fans this year and spread the word about the new all-electric i3. It’s currently available in the U.S with a starting MSRP of $43,350 (Including $950 destination), and the range-extender model has a starting MSRP of $47,200. Will you be watching?