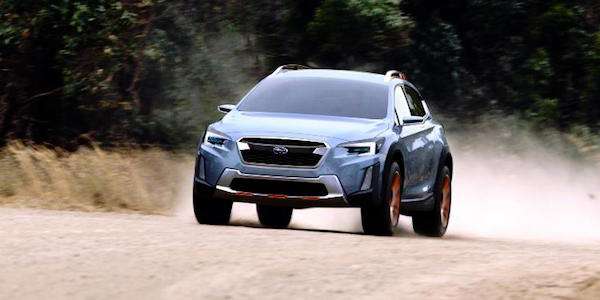 Subaru unveils their new Global Platform and 5 enhancements are coming soon. Why could it be worth waiting to buy their next-generation SUV/CUV?
Advertisement

If you are in the market for new small SUV or crossover vehicle, you may want to wait for the next-generation Subaru. Subaru’s next-generation vehicles starting with the 2017 Impreza will be coming with a new global platform that will mean improved performance. There are five new changes coming that will enhance all new-generation Subarus including the Forester, Outback, Crosstrek, WRX/STI, Legacy and BRZ. What does this mean for consumers?

It may not be the best marketing by Subaru to unveil what’s coming on their new vehicles, but Subaru isn’t your conventional automaker. There do things a bit different, but that’s good for consumers. You may need to buy a new vehicle now, but if you can wait, it could be to your advantage.

Subaru unveiled their new Global Platform that’s coming on all their vehicles and they will get new enhancements that will benefit their small compact Impreza, Forester, Outback and Crosstrek SUV/Crossover and WRX/STI performance all-wheel-drive vehicles. Here’s what’s coming on all next-generation Subaru vehicles.

What will this mean for small SUV and crossover consumers?

Five new enhancements are coming on next-generation Subaru vehicles that will benefit small SUV/SUV consumers. Subaru says the body and chassis will be 70-100 percent more rigid which will translate to improved steering response. Improvements to the suspension system will also give their vehicles a lower center of gravity which will improve overall driving performance.

Subarus are known for being higher on the fun-to-drive meter than most small crossovers, but new enhancements will dial up driver engagement even more. New suspension upgrades will reduce vibrations and produce a smoother ride quality. The increased rigidity of the suspension mounting will also reduce body roll by 50 percent compared to current models. All these enhancements will mean better driving dynamics for all their vehicles.

Families will be significantly safer in the new models. Subaru already has a top safety rating for all their vehicles, yet Subaru is advancing the safety of their vehicles even more with the new platform. It will include more high-tensile steel plates including materials formed by a hot press method. Subaru says this will absorb more energy in the event of a collision. Impact energy absorption will be improved by 40 percent over present models.

Subaru’s manufacturing and production facilities will be more efficient by using one single platform for all their vehicles. It should benefit consumers by making Subaru more competitive and keeping prices down. Subaru says they will be able to produce gasoline, hybrid and EV models on the same assembly line which will also reduce costs for SUV/Crossover consumers.

Subaru’s new Global Platform comes with enhancements that will mean improved driving dynamics and safety for all their vehicles starting with the 2017 Impreza sedan and 5-Door compacts due to hit the market in 2016. Small SUV/CUV buyers may want to wait for these changes also coming soon to the next-generation Forester SUV, Outback wagon, Crosstrek crossover, WRX/STI performance cars, Legacy sedan and BRZ sports coupe. Subaru is also coming out with an all-new 3-Row crossover in 2018 with the same platform. They all could be worth the wait.

Philippe Bodi wrote on May 20, 2016 - 10:28am Permalink
I have a 2014 Forester XT and I really learned a lot by reading your article. I still don't know when changes will occur concerning the Forester. I understand that the 2017 model will have some minor refreshing touches...
RB wrote on August 2, 2016 - 5:19pm Permalink
I too, have a 2014 Forester XT and believe the new global platform will be incorporated in the 2018 model year. I hope that Subaru separates the XT model with more premium parts, increased horsepower, better technology, etc. I love that the 2027 XT offers optional brown leather seating! Subaru, I hope you read this as I'm really loving the 2015 Viziv concept vehicle as the platform for the new 2018 Forester!
Simeon Bonev wrote on September 27, 2016 - 1:31pm Permalink
I'm not buying another Subaru unless it's a turbocharged manual wagon or at least automatic with enhanced premium AWD system like the VTD (Variable Torque Distribution) . After the 04-08 Foresters XT and 05-09 Outbacks XT I tried most of the new Subaru models , but I feel they are not as good as the AWD system now uses mostly electronics and is less capable . I tested it nobody can convince otherwise. Subaru I getting mainstream which is good for sales, but loosing the hardcore supporters and fans...I just bough a new Audi S4 with manual transmission, traditional Quattro system and rear Sports differential. . Audi is also not offering sports wagon in the USA anymore , but at least is giving me the manual and proper AWD system and It's a little roomier than the WRX and STI models, that was considering too. For a reference I have / had the following Subarus : 2012 Subaru Impereza Sport Limited (sold) 2010 Subaru Forester XT 4EAT . I wish manual was available or at least VTD AWD system . I gave the car to my wife. For grocery and pick up kids from school is OK ...I guess 2008 SUbaru Forester XT Sports 5MT (SOld and regretted selling it) 2008 Subaru Impreza WRX 5Mt (Sold) 2008 Outback 2.5i 4EAT (sold)
CI wrote on January 2, 2017 - 3:47pm Permalink
Did Subaru stop producing hybrid cars (i.e.-crosstrek hybrid) with no plans for an Outback Hybrid?
Philippe E Bodi wrote on January 12, 2017 - 3:12pm Permalink
Look the Subaru Crosstrek hybrid was the result of a state ordinance or requirement. Every manufacturer needs to have some hybrids.It was made only to fulfill the law. When you look at its mileage, you see there is not much improvement. .