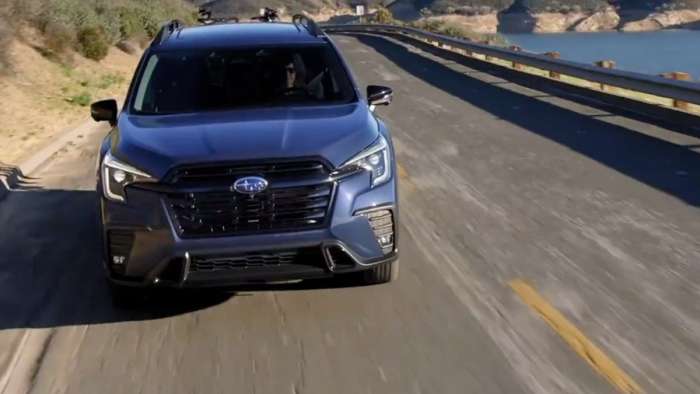 Is the 2023 Subaru Ascent fuel efficient? See where the Ascent 3-Row family hauler ranks among the most fuel-efficient new models.
Advertisement

The newly-upgrade 2023 Subaru Ascent 3-Row family hauler arrives this fall with new features and a redesigned front facia. What is the 2023 Subaru Ascent fuel mileage compared with other new models? Consumer Reports' new fuel-economy tests rank the most fuel-efficient midsize SUVs you can buy now.

In the mainstream non-hybrid 3-Row midsize SUV category, the Kia Sorento EX with the 2.5-liter turbo engine gets the best mileage, 25/17/34 combined city/highway mpg. The Hyundai Santa Fe is second with 24/17/32 combined/city/highway mpg. 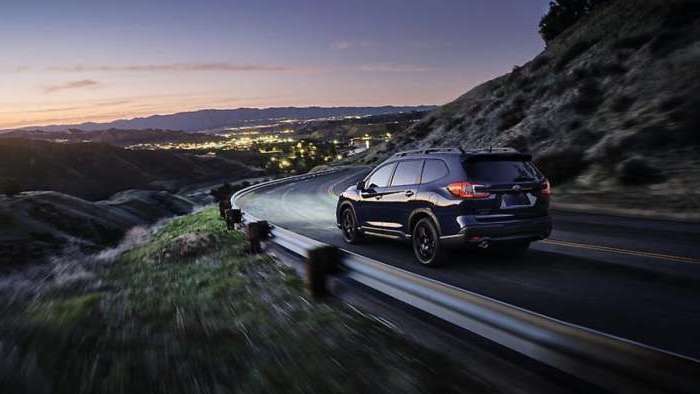 How does Consumer Reports conduct its fuel mileage tests?

CR says its fuel-economy tests are conducted on a track and public roads. Testers splice a precise fuel meter into each test car's fuel line to measure how much gas is consumed. Each vehicle is then run through highway and city drive loops, with each performed multiple times by two drivers. 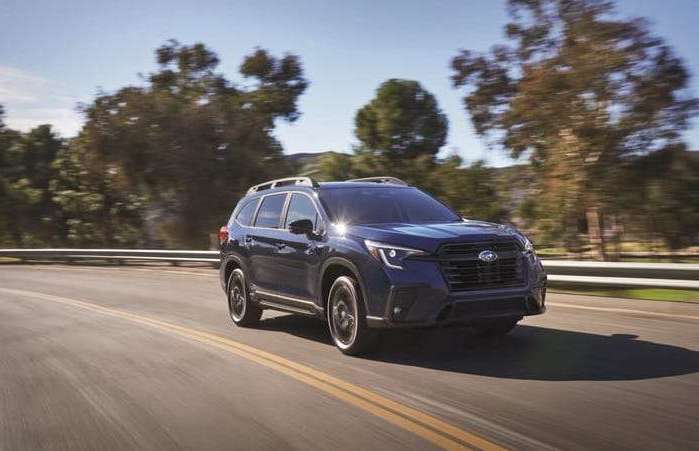 What sets the Ascent apart from other 3-Row SUVs?

Among midsize SUVs in the new side crash test conducted by the Insurance Institute for Highway Safety (IIHS), the Ascent was one of the models earning the highest “Good” rating.

Having an SUV with all-wheel-drive usually means sacrificing fuel economy, but not with the Ascent. Subaru uses a direct injection 2.4-liter turbocharged four-cylinder Boxer engine for efficiency, and the automaker also uses the Continuously Variable Transmission (CVT) automatic, contributing to better mileage in the Ascent.

What type of gas does the Ascent SUV require?

The Ascent runs on regular unleaded fuel, so you don't need the higher mid-grade or premium fuel to get the best fuel mileage.

What is the price of the 2023 Subaru Ascent?

The newly-refreshed 2023 Subaru Ascent arrives in Subaru showrooms this Fall. Pricing will be announced closer to the retail launch, but expect a price increase with its new features.

Mathishard wrote on August 13, 2022 - 9:08am Permalink
32 mpg? Where was this information taken from? Where is the data that shows the difference between the 2023 and prior model years? I'm lucky if my 2020 gets 25 on the highway. Worst vehicle I've ever owned. Waiting for a highlander to come in to get rid of this albatross.

Tesla Contemplates A New Strategy for China Retail even As Sales Boom
Jay Leno on Elon Musk & EVs: “I Think He Should Get ... Credit"
END_OF_DOCUMENT_TOKEN_TO_BE_REPLACED