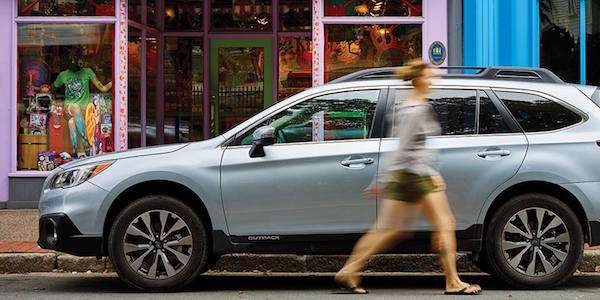 3 Ways Subaru Differentiates Themselves in a Sameness Car World

How does Subaru differentiate themselves from other automakers? Here’s 3 ways they set themselves apart from the crowd.
Advertisement

What makes Subaru so different from all other automakers around the globe? Subaru has set itself apart from other automakers in a number of ways, and it’s why they are growing fast especially in the US. No automaker’s best-selling car is a wagon right? Subaru of America sells more Outback wagons than they do their Forester SUV and Crosstrek crossover. It’s just one area where Subaru is different. Carmakers come up with new vehicles, but they all seem to copy each other. Subaru doesn't fit the typical automaker mold, they just stick to what made them successful. What is their formula for success?

Subaru has features that set their cars apart from the crowd, and it starts under the hood. Subaru is the only automaker in the world to feature a boxer engine in every one of their vehicles. The flat boxer engine design allows Subaru to fit the engine into the chassis for a lower center of gravity. This translates to improved driving dynamics in their all-wheel-drive vehicles that sit higher than other SUVs and crossover vehicles.

More than a grocery hauler

All Subaru vehicles except one, (BRZ rear-drive Sports Coupe) come standard with their Symmetrical all-wheel drive system. This sets their vehicles apart and gives them all-weather capability and a go-anywhere attitude. Subaru carved out a niche in the market with adventure seekers who like to do outdoor activities. This group has flocked to the brand and use their vehicles for more than commenting during the week and grabbing groceries on the weekends. Subaru appeals to their active lifestyles.

Many automakers have a motorsports division, but Subaru takes it up a few notches by attempting all kinds of crazy records with their Subaru WRX STI performance sedan. Their motorsport division, Subaru Tecnica International (STI), has set world records at the Isle of Man TT Course, and built a special STI just for the occasion last year. They also just finished running a new WRX STI down an Olympic Bobsled run in Switzerland to showcase the STI’s all-wheel-drive capabilities. Why did they do it? Because they can and their fans love it.

Have you noticed how in the world of cars, they all seem to look alike? Subaru doesn’t have the best cars in the world, but they do have vehicles with character and a bit of an attitude going. Most people want different, especially Millennials, as their cars are an extension of their personality. The Subaru Outback, Forester, Crosstrek and especially the WRX/STI performance cars are refreshing and are the exact opposite of sameness. What is Subaru’s formula for success? Subaru has a good PR machine going, but they are building cars that communicate “interesting and cool” without actually saying it.

Han wrote on May 27, 2019 - 9:09am Permalink
Agreed with you all the way we are now switching from Lexus to Subaru we already have three and thinking of buying WRX STI to be in our collection half of the price to Lexus LCF but more fun to drive