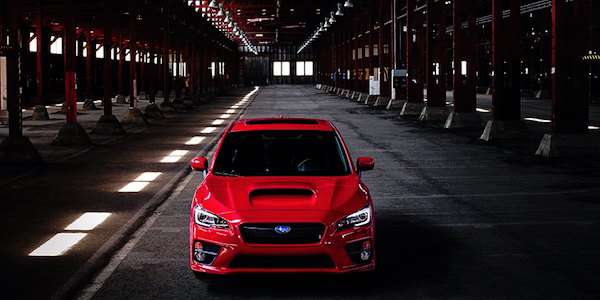 The 2016 Subaru WRX gets the new for 2015 2.0-liter engine. What changes are already in the works for the turbo boxer?
Advertisement

The new Subaru 2.0-liter turbo engine is the best thing that could have happened to the new-generation WRX. Subaru engineers re-engineered WRX for 2015 and there are changes already in the works to make it better. For 2015, WRX got the new, more-powerful version of the 2.0-liter FA turbocharged boxer. The powerplant generates more power and torque from less displacement than the 2014 WRX’s 2.5-liter turbo H-4, and it gets improved fuel economy. What prompted the change from the 2.5-liter to the smaller 2.0-liter turbo?

WRX/WRX STI Project General Manager Masuo Takatsu told Wards Auto that the development of the new engine was “aimed at a sporty power unit that could be paired with Sport Lineartronic CVT transmission and still deliver a WRX driving experience.” It looks like they succeeded in a big way as the 2.0-liter turbo engine performs as advertised. It’s also paired with a new 6-speed manual gearbox.

WRX gets a new powerplant

Subaru engineers downsized the displacement of the engine from the third generation model and changed the fuel injection system to direct injection. Takatsu says, “With these changes, we were able to realize more torque and better fuel economy at the same time.” The project team worked hard on improvements in other areas, including aerodynamics and tires, which Takatsu says “contributed to this achievement as well.”

The engine is built on the Forester 2.0 XT’s 250-hp turbocharged FA engine, and it’s also a based on the BRZ’s 200hp naturally aspirated 2.0-liter FA boxer four-cylinder. WRX’s engine gets hotter camshafts, higher-rate valve springs and other enhancements to boost its output over Forester’s XT turbo model.

The engine is different than any previous Subaru H-4, and the new FA-Series engines use a “square” architecture, that was designed with its bore and stroke dimensions exactly the same at 86 mm. The new engine and all its reciprocating components were designed to be as light as possible.

Subaru’s goal was to design the engine with the optimal balance between performance and efficiency. It’s what Subaru engineers refer to as “dynamic performance” and “environmental performance.” They want the engine’s performance envelope to achieve the highest possible levels of both.

More changes are coming to the 2.0-liter WRX’s powerplant

Subaru is already working on improving the 2.0-liter turbocharged 2016 Subaru WRX engine and take it to the next level of efficiency and performance. Takatsu says there is ample room for improvement in this engine’s next generation. He specifically mentions three things they will focus on. They will be working to improve the combustion process, fuel injection and “tumble-flow” air induction. It will get more power and be more efficient than the current WRX engine. When will the Subaru WRX STI get this new 2.0-liter turbo engine with more power than the current 2.5-liter? Stay tuned.

Joe wrote on March 15, 2016 - 9:41pm Permalink
So basically just one reason then? A new engine. Why the need to split it into three reasons? Click bait?