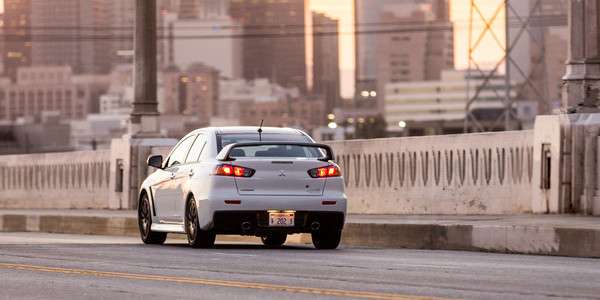 3 Reasons Why Popular Mitsubishi Lancer EVO Is Never Coming Back, Even Though Nissan is Here to Help

The Mitsubishi Lancer Evolution is gone and it’s not coming back, even though Nissan is here to help.
Advertisement

Nissan is coming to Mitsubishi’s rescue, but don’t look for them to bring back the Lancer Evolution. It’s not quite final yet, but Nissan will infuse Mitsubishi Corporation, maker of the Lancer Evolution, with $2.2 billion dollars. They will get a 34 percent ownership in return. What will they do with their new toy?

What does Nissan have planned for the ailing Japanese automaker? Assuming regulators approve the deal, Nissan will try to keep Mitsubishi afloat in the US. How will this affect you? Renault-Nissan CEO Carlos Ghosn says the money spent will have huge ripple effects. He says, “We will have to dig more in the US. But when you talk about purchasing, engineering, platforms, engines, plug-in hybrids, it’s massive.”

Ghosn says answers are coming very soon, but he gave few clues as to what it all means. It looks like Mitsubishi will continue in the US until they figure out what they need to do. Brining back the EVO performance sedan would satisfy fans for sure. But don’t look for Nissan to do it.

Lancer/EVO sales have been dropping

The Lancer Evolution sales are down in the US and standard Lancer sales have also dropped. Mitsubishi reported only 923 Lancer sales in September, compared with 1116 in 2015. YTD, Lancer is down from 14,270 in 2015 to 11,539 this year. Even the Mirage has outsold Lancer by a big margin this year.

Nissan isn’t about to pour money down a rat hole and bring back the aging Lancer Evolution. It would need a total remodel since it hasn’t seen a major upgrade since 2008. Nissan would rather put money into the small SUV segment where sales of the new Outlander are up.