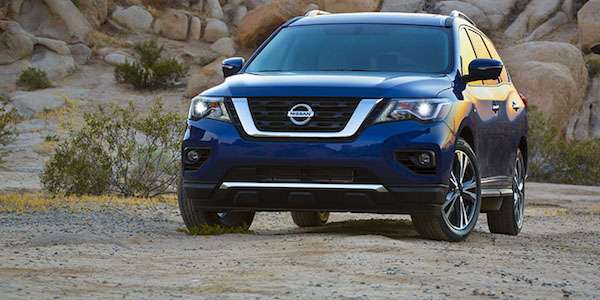 3 Global Nissan Strategies That Could Effect You

Nissan is a global automaker with big goals. What does it mean for you?
Advertisement

No one really cares about Nissan’s general meeting of shareholders do they? What’s in it for the average consumer looking for a new Nissan Rogue crossover, Altima sedan or Frontier truck? Nissan’s chief boss, Carlos Ghosn identified three priority areas for Nissan as it executes on its comprehensive global strategy.

They plan on delivering high-quality, innovative new products and breakthrough technologies. This is what all automakers plan do do right? What makes Nissan different than Mercedes-Benz or BMW?

Nissan will be enhancing visibility of products and brands to customers worldwide; and strengthening the Renault-Nissan Alliance through greater convergence, and driving additional synergies. Sounds like lofty speech to get the shareholders excited.

What does it mean for you?

The latest Nissan Sustainability Report showed that the level of CO2 reduction at Nissan facilities represented a 22.4 percent improvement over the levels in FY2005. What does it mean for the average consumer?

It’s not just for the super rich

Unlike most global automakers, the Renault-Nissan Alliance is working toward zero emissions and zero fatalities for mainstream, mass-market consumers at affordable prices. Most automakers bring out their latest technology and it comes out on their most expensive models. They put their research and development (R&D) efforts exclusively on six-figure luxury cars for niche markets. These cars are out of reach for 98 percent of all auto buyers. Why is Nissan different?

Ghosn says, “You can't have a meaningful impact if you sell exclusively to the rich.” Nissan puts their R&D into the cars that the average global consumer will be buying. The Nissan boss goes on to say, “We are the only car group globally whose mantra is "Mobility for All.”

Go to Page 2: 4 changes that will effect you

Nissan says they are dedicated to improving in four main areas: zero-emission vehicle penetration, fuel-efficient vehicle expansion, corporate carbon footprint minimization and new natural resource use minimization. It’s sounds good when you are sitting at a dinner at Nissan’s general meeting of shareholders. Can they deliver?

Carlos Ghosn says, “I have said many times that I expect the global auto industry to see more changes in the next five years than it has in the last 20.” The Japanese automaker plans to bring this new technology to the average consumer looking to buy a new Nissan Rogue crossover, Altima sedan or Frontier truck. The average consumer will benefit if Nissan delivers on their promise. Stay tuned.