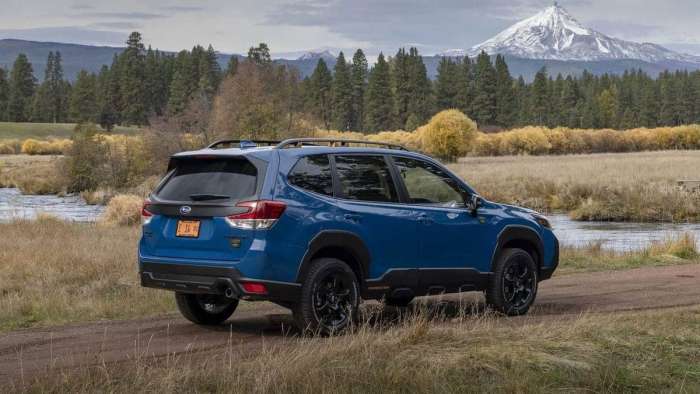 How does the 2022 Subaru Forester compare with other compact SUVs in crash protection? See why it earns an acceptable grade, but it's not the best.
Advertisement

The Insurance Institute for Highway Safety (IIHS) just introduced a new, stricter side crash test, and the first models tested are Compact SUVs, where the refreshed 2022 Subaru Forester resides. The IIHS just put twenty compact SUVs through the new test, and only one, the Mazda CX-5, earned a "Good" rating.

The 2022 Subaru Forester is one of nine models that earned an "Acceptable" rating along with the Audi Q3, Buick Encore, Chevrolet Trax, Honda CR-V, Nissan Rogue, Toyota RAV4, Toyota Venza, and Volvo XC40. Eight other compact SUVs only scored "Marginal" ratings, and the Honda HR-V and Mitsubishi Eclipse Cross both earned "Poor scores." 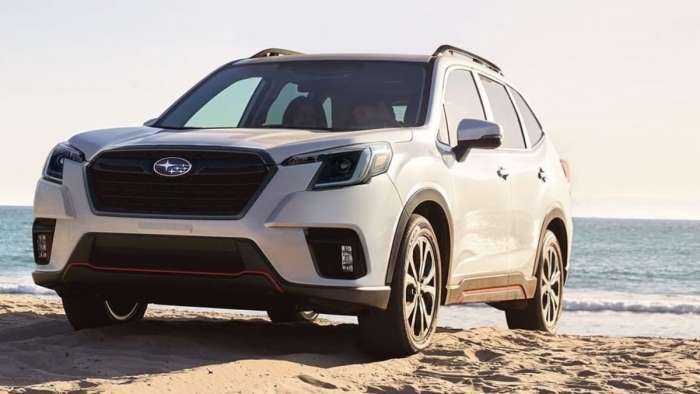 The IIHS developed the new side test to address higher-speed crashes that continue to cause fatalities, and they suspected few new models would get the highest score. "We developed this new test because we suspected there was room for more progress, and these results confirm that," IIHS President David Harkey says.

Where does the 2022 Subaru Forester score well, and where does it need to improve? 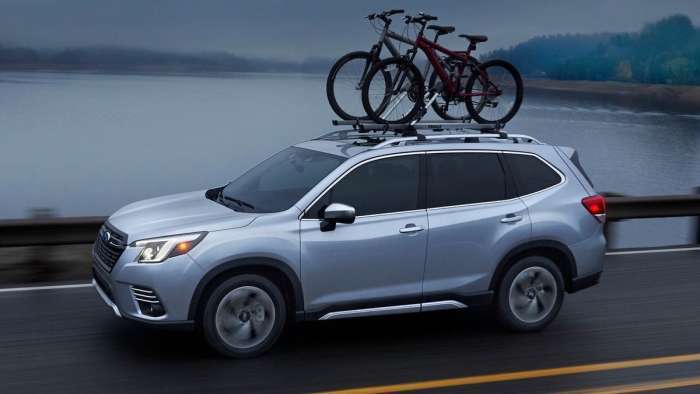 The current generation Subaru Forester had a complete redesign for the 2019 model year, scored "Good" ratings in the IIHS first-generation side test, and earned the highest scores.

When will Subaru improve Forester's scores?

The Subaru Forester will get a complete redesign in 2023, and it's likely when Subaru will improve the compact SUVs' occupant structure and safety capabilities. The IIHS says, "In real-world side crashes, stronger structures are linked to higher survival rates." 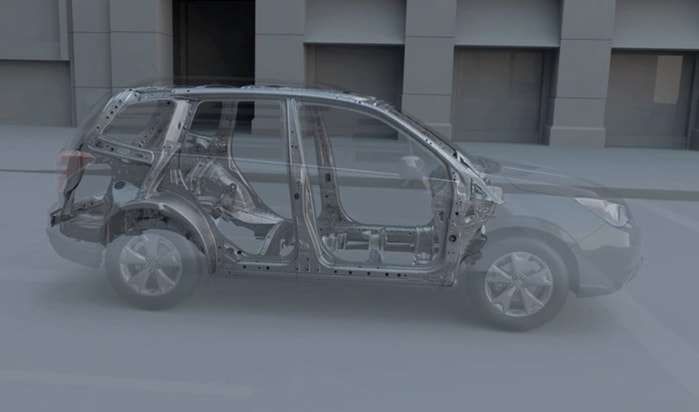 Look for Subaru to provide better protection in the next-generation 2023 Forester improving its structure and cabin rigidity.

You Might Also Like: Before 2022 Models Arrive The Subaru Forester Is The Hottest-Selling New Compact SUV In The U.S.

Limusllc wrote on October 27, 2021 - 9:19pm Permalink
We are LIMUS INC is an international fast growing company, classifieds ads website for buying and selling everything. We connect buyers and sellers all round the world, with more than half million listings across hundreds of categories you can buy, sell and find just about everything. I am pleased to extend the following offer of employment to you. This is a part time position. We are currently looking for a "Shipping & Receiving Clerk" to join our team. Working hours. This is a part time position requiring approximately 10-12 hours per week. Your regular weekly schedule will be from Monday to Thursday. Salary. For Shipping & Receiving Clerk position, we are offering a fixed bonus of $20 per each completed task in time Commission will payed for each processed order immediately. If this is something that interests you, please reach back to me via company email - [email protected] Then we will send you a full package of our documents and instructions, and after a short telephone interview you can join our team. Looking forward to hearing back from you, Mark Kaminsky Human Resources Manager LIMUS INC P.S. FREQUENTLY ASKED QUESTIONS (FAQ) Q: How many packages will I receive per month? A: From 20 to 100. Q: How will I be paid? A: You will receive a payroll by Direct deposit or PayPal. Q: When would I get paid? A: You’ll get paid for each processed order on the same day. Q: Does the job begin after signing the agreement? A: Yes. But you'll wait about 2-5 days for your first package. Q: Is there a face-to-face or a phone interview that will take place before I'll start working? A: We have a lot of employees over the world. So, we prefer phone calls and email. Q: How soon can I start? A: After you'll sign an agreement with us. P.P.S. Our campany is proud to be an Equal Opportunity Employer. Our goal is to extend opportunities to qualified applicants on an equal basis, regardless of age, race, color, religion, sex, national origin, sexual orientation, gender identity, disability, protected veteran status or any other status protected under federal, state or local law.
ANDRE DENIS wrote on October 28, 2021 - 10:09am Permalink
Do test standards or procedures change from year to year? These cars have not gone through any significant design or construction changes or have they? So why do ratings change year to year? If changes were made it would be important that they be described by the reviewer so that the difference in year to year ratings are understood. Or is it simply the subjective difference of different inspectors?
M G wrote on October 28, 2021 - 12:23pm Permalink
Did you even read the article? Maybe your question was already answered.
Valentin Cudric wrote on October 29, 2021 - 1:47am Permalink
You say Forester got a "Good" for rear passenger head and neck protection and few lines below you say it got a "marginal" for rear passenger head protection. Which is true?

LG's New EV Battery Plant Is a Welcome News for Tesla
Tesla Giga Berlin's New Hurdle: It's Not Only the Gov't, but Now Tesla Itself
END_OF_DOCUMENT_TOKEN_TO_BE_REPLACED