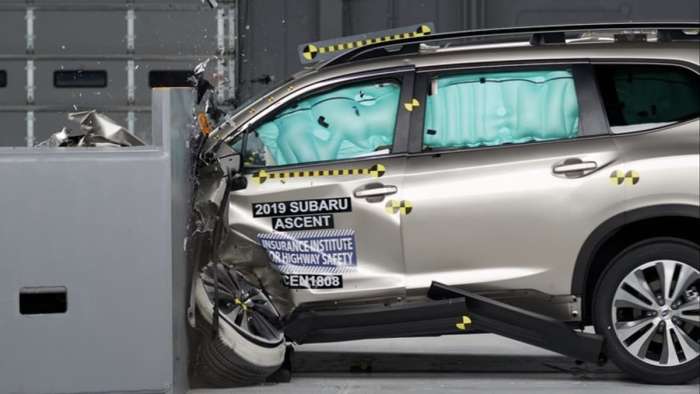 New higher-speed crash tests are coming from IIHS. How will Subaru vehicles like the 2020 Forester, Outback, Crosstrek, and Ascent score?
Advertisement

The Insurance Institute for Highway Safety (IIHS) announced new higher-speed side crash tests are coming sometime next year. The reason for the new tests is because today, 99 percent of vehicles rated by the current 31 mph side crash test earn the highest “Good” rating. Becky Mueller, a senior research engineer for IIHS, said those tests no longer reflect real-world side impacts that accounted for 23 percent of passenger-side occupant deaths in 2018.

The IIHS is exploring increasing the speed of the side-impact crash tests to 37 mph that will better reflect the speed of the “higher-severity crashes that occur in the real world.” Subaru vehicles like the 2020 Forester, Outback, Crosstrek, and Ascent all score “Good” and lead all U.S. brands in the current IIHS crash tests. How will these vehicles score with the new more-challenging 37 mph side crash tests coming next year?

In an earlier IIHS study, tests were run at higher speeds and researchers also increased the weight of the movable barrier to 4,200 pounds, the average weight of a 2019 model SUV. The IIHS thinks this will be a more accurate test as vehicle size has grown and there are more SUVs and pickup trucks on the road today.

The IIHS is experimenting with changes to the current barrier's structure, with different materials and shapes, to try to better replicate the front end of today’s SUVs and pickups and the interaction of vehicles. Researchers also ran vehicle-to-vehicle tests in comparison with its increased-weight barrier at 37 mph. 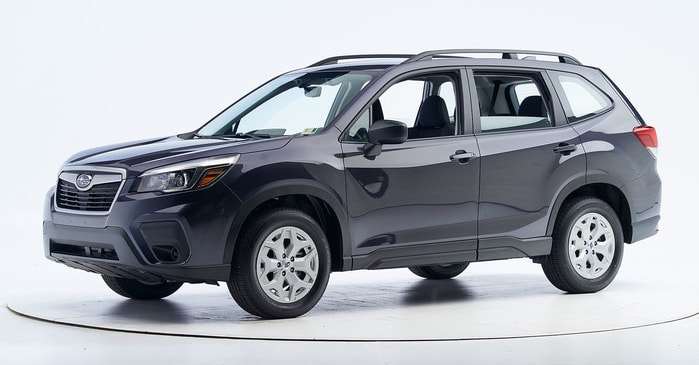 Mueller said the new side-impact tests run at 37 mph result in 42 percent more impact energy and “the modified test configuration has 82 percent more energy than our current side rating test.”

The IIHS ran initial tests on four “Good” rated vehicles, a Toyota Camry, Volkswagen Atlas, Honda Accord and Infiniti QX50. The test vehicles were struck by an SUV, pickup, and car, as well as by the 4,200-pound movable barrier. Tests were conducted at the current side test speed of 31 mph and also at 37 mph. 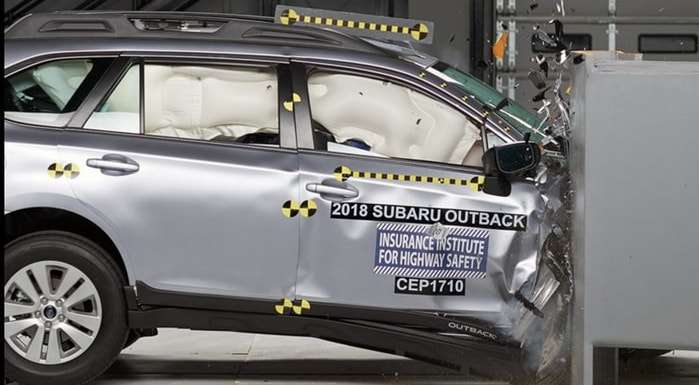 "The shape and composition of new pickups and SUVs against new cars is a little different than our barrier can represent,” Mueller said. The IIHS is looking to make changes to the barrier's honeycomb face to try to better replicate the interaction of vehicles in a real-world crash involving a late-model SUV or pickup as the striking vehicle.

Automakers like Subaru who have historically earned the best IIHS safety test scores will now have a new challenge ahead to make vehicles like the new Forester, Outback, Ascent, and Crosstrek SUVs even safer for customers. As the IIHS finalizes the new test design, they are should begin the higher-speed side crash testing sometime in 2020. Stay tuned.

Watch Will Tesla Cybertruck Win The Ford F-150? The Disparity of The 1st Match-up and Click To Subscribe to Torque News Youtube Channel for Daily Subaru and Automotive News Analysis.

Digitaldoc wrote on November 27, 2019 - 11:03am Permalink
Yes, all vehicles will be subjected to the new, higher standard soon, although it is unclear exactly when. It is good to see that most new cars are meeting the standard, but does little for consumers looking to buy the safest vehicle. Subuaru has become the new Volvo on safety, and will be curious to see if how they fare against competing vehicles.

LG's New EV Battery Plant Is a Welcome News for Tesla
Tesla Giga Berlin's New Hurdle: It's Not Only the Gov't, but Now Tesla Itself
END_OF_DOCUMENT_TOKEN_TO_BE_REPLACED