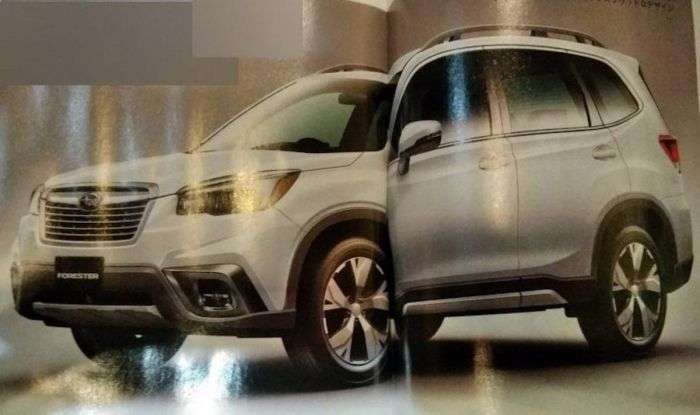 Images of the 2019 Subaru Forester have been leaked online. Check out the exterior changes.
Advertisement

The 2019 Subaru Forester will be officially revealed on March 28th at the New York International Auto Show, but images have surfaced online of the redesigned SUV. Forester gets a complete remodel for the 2019MY and it gets new exterior styling. From the leaked images, apparently from a Japanese magazine, and found on Allcarnews, the new fifth-generation Forester won’t be a radical departure from the outgoing model.

Like Crosstrek, the new Forester will get redesigned headlights, a new grille design, new rear taillights and possibly a wider rear tailgate opening. Subaru is always conservative when it comes to their remodels, and the new 2019 Forester won’t be any different than previous new-generation upgrades on the outside. 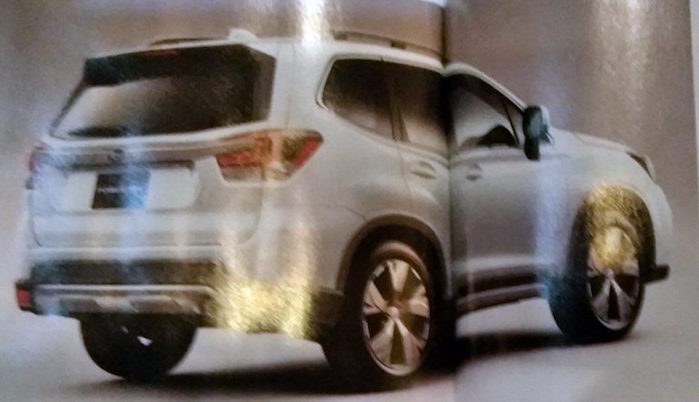 While the leaked images have not been confirmed, we do know the all-new 2019 Forester will get radical changes under the skin of the new model. The redesigned SUV will feature the new Subaru Global Platform improving driving dynamics, come with a quieter cabin, feature more interior room, and increased safety.

Forester is the number-two selling vehicle in the Subaru stable, behind the SUV-alternative Outback, and Subaru isn’t going to mess with the success of their all-wheel-drive Forester with radical exterior changes. They could begin to offer new engine options not seen on Forester before. While it hasn’t been confirmed by Subaru, the fifth-generation Forester could get hybrid power in the near future.

It has been confirmed, Subaru will launch a new plug-in-hybrid before the end of the year. It could be the new-generation Crosstrek, or possible the 2019 Subaru Forester. The all-new Ascent 3-Row comes with the new 2.4-liter turbo four-cylinder Boxer that Subaru now has in their stable of engines. Subaru has been quiet about the new Forester engine, but it will likely get a newly-redesigned 2.5-liter DIT powerplant.

The all-new fifth-generation 2019 Subaru Forester will be officially revealed in New York on March 28 and arrives in showrooms October 2018.