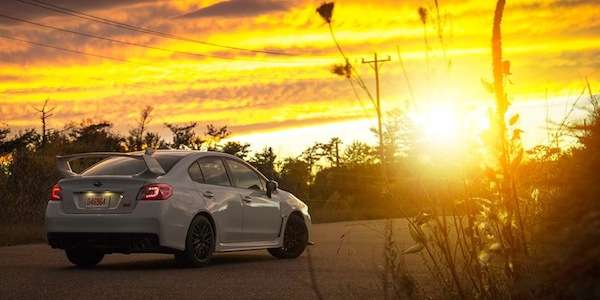 Is 2015 Subaru WRX/STI the best handling ever? [video]

Subaru's goal: Create the best handling WRX and STI ever. The only question was, how.
Advertisement

Fuji Heavy Industries (FHI) engineers set out to redesign the iconic Subaru WRX and WRX STI that was already a great performer for performance enthusiasts. They said there was only one goal: create the best-handling WRX and STI ever. Did they succeed?

Subaru has been involved in motorsports for decades and they’ve honed the WRX and WRX STI over the years directly from that involvement. Like an artisan who sharpens the blade on a knife, Subaru has kept improving on the performance cars with each new generation. It’s been the result of decades of being involved with World Rally Championship racing, Rally America Championship, Global Rallycross and the Nurburgring 24-hour race. Check out the development video.

Masuo Takatsu, FHI Product General Manager, says, “We seriously focused on improving the driving performance, based on our exclusive knowledge of motorsports. To be able to move and to control the car at the driver’s will while honoring the history of this iconic car.”

After developing a prototype, Subaru took the performance car mules to various tracks around the globe for testing. They have three locations in North America, the Nurburgring in Germany, their own test facility near Gunma Japan and another in Asia. They took the car and put it through extreme tests in different climates from dry tracks to snow-covered courses to develop the optimum driving dynamics.

Masuo Takatsu went on to say, “In order to secure the performance levels we were discussing, you need a very rigid body to draw out the full potential of the suspension performance. When the body isn’t stiff enough, the body bends and the suspension doesn’t stroke.”

Check out the improvements over the previous generation WRX/STI

Did they succeed? If you’ve driven the new 2015 Subaru WRX and WRX STI, there is a big improvement in performance dynamics over the outgoing model. It looks like FHI engineers succeeded in a big way. What will Subaru do now to answer the WRX/STI hatchback question?