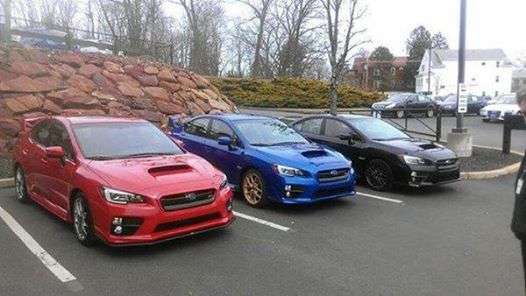 The 2015 Subaru WRX/STI was designed to attract a wider audience to the brand. How is it working out for Subaru?
Advertisement

The 2015 Subaru WRX STI is selling fast at Subaru dealers around the globe. Here in the U.S., Subaru of America is reporting the new generation WRX and WRX STI performance sedans have seen a 33.2 percent increase in sales year to date. It only trails the Forester and XV Crosstrek in percentage of sales. The new generation 2015 WRX STI was launched this spring and has been a big success for the brand.

Subaru reported earlier this year that almost 60 percent of the sales in their entire lineup have been to customers new to the brand. The new generation WRX/STI is following the lead of the other Subaru models as the Japanese automaker extends their performance reach. The real DNA of the WRX/STI has always been its driving dynamics and power attitude. Subaru execs know the driving experience of the new WRX is still paramount with buyers looking for performance. But the all-new 2015 Subaru WRX has been given the huge task of bringing new blood to the brand. Is it working?

There are significant changes made to the cabin

The 2015 WRX/STI moved the brand forward in styling and brought new designs, equipment and technology in the cabin not seen before. Subaru kept the performance attitude of the WRX/STI, but they moved forward to attract a new type of buyer to the performance model. The upgraded interior appointments and technology is appealing to new buyers who have never purchased a performance WRX/STI before.

Subaru has a very loyal performance customer base, and they didn’t alienate or disappoint this group. The Japanese automaker’s goal to grow beyond the current loyal customers and attract a new generation of buyers to WRX/STI seems to be working.

The Japanese automaker seems to be doing a lot right and keeps setting new records every month. Subaru of America reported a 31 percent sales increase for September 2014, resulting in a September sales record. The company sold 41,517 units in September 2014 versus 31,755 units sold in September 2013.

Year-to-date sales increased 20 percent with 375,485 units sold versus 313,407 units sold over the same period last year. The company has now seen 34 consecutive months of year-over-year growth and is well on its way to its sixth successive annual sales record.

2015 WRX/STI is helping fuel these new sales and getting new buyers in the door. Thomas J. Doll, president and chief operating officer, for Subaru of America said, “Our products continue to attract both loyal Subaru owners and a larger than ever group of conquest customers due to the strength of our product line-up and the commitment of our retailers to an outstanding purchase and ownership experience.”

The 2015 Subaru WRX/STI was designed to keep their current loyal customers happy and also to attract a wider audience to the brand. It seems to be working well for the Japanese automaker as dealers can’t keep the new generation WRX/STI in the showrooms.

Vic wrote on December 8, 2014 - 8:22am Permalink
Taken from your other article on the WRX. ''Subaru alienates loyal WRX/STI fans'' Taken from this article. ''Subaru has a very loyal performance customer base, and they didn’t alienate or disappoint this group.'' Torque news, you manage to contradict yourself and at the same time discredit any future information you provide on Subaru.