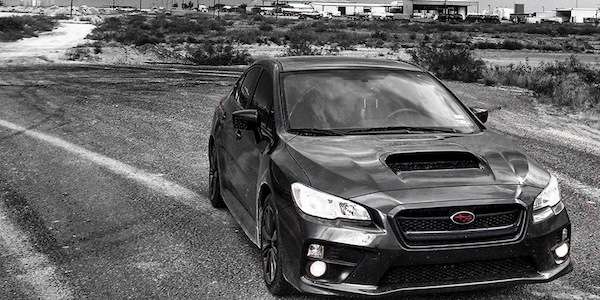 Sales of the new-generation 2015 Subaru WRX and WRX STI are hot all over the globe. Who is buying the performance car?
Advertisement

The all-new 2015 Subaru WRX STI and WRX performance sedans are blistering the pavement in sales all over the globe. Subaru dealers are having trouble keeping the performance sedans on their lots, and waiting lists are long. Maybe Subaru is benefitting from the Mitsubishi decision to discontinue the 2015 Lancer Evolution in most other world markets. It’s still available in the U.S. through the 2015 model year.

Subaru Japan has released the sales breakdown of who is buying the four door sports cars. When we think of WRX STI, we think of a younger generation who is drawn to the performance cars, but in reality, it’s a bit older generation who are buying both WRX STI and WRX. The WRX here in the U.S. starts at $26,295, WRX STI starts at $34,495 plus destination. The WRX STI has been labeled a “boy racers” car in the past, because of its rear wing and its ability to be modified to get even more power out of the Subaru Boxer powerplant.

Subaru said they wanted to appeal to a wider audience and it seems to be working. So who is buying the new-generation WRX and 2015 WRX STI? In the Japan market, about 60 percent of WRX S4 buyers are in the 40-50 age group. WRX comes with the new 2.0-liter boxer engine and less power than the STI. WRX is more refined than the previous generation sports car and new buyers are being drawn into Subaru showrooms. And Subaru Japan says many of these older buyers are trading in other Japanese brands to buy the Subaru.

The new-generation higher-performance 2015 WRX STI is definitely attracting a younger buyer. About 70 percent of STI buyers are in the 30-40 year age group. This should not be a surprise because of the WRX STI’s more powerful 2.5-liter engine, stiffer suspension and performance driving dynamics. 2015 WRX now comes with the CVT automatic, which also attracts a different buyer than the high-performance WRX STI that is only offered with the 6-speed standard gearbox.

Subaru dealers are also seeing older buyers gravitating to the STI because of the more refined interior features like the new 8-way adjustable driver’s seat, leather upholstery with red accent stitching, backup camera, automatic on/off LED headlights, standard AM/FM stereo with satellite radio, iPod capability, Bluetooth hands-free calling and audio streaming. A quote from one of these buyers said, “The new sports sedan combines safety and driving performance that is excellent. I was also attracted to the ride quality and the new level of luxury in the cabin.”

Subaru said they wanted the new-generation 2015 WRX and 2015 WRX STI to appeal to a wider audience than in the past. They bumped up the level of refinement inside, without sacrificing the performance aspect of the sports cars. Both 2015 Subaru WRX and 2015 WRX STI are selling well all over the globe. It looks like Subaru achieved a good balance of performance and refinement for their loyal followers and a new buyer who has never purchased the performance car before.