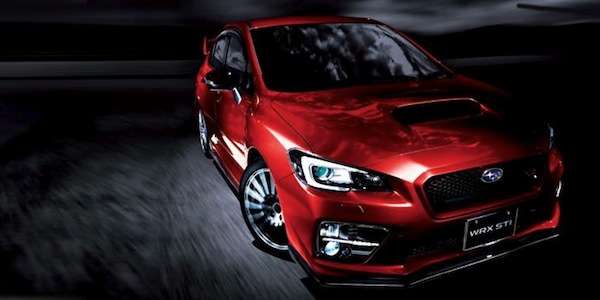 Orders for the 2015 Subaru WRX S4/WRX STI announced on August 25 in Japan have exploded. How many performance cars have been ordered?
Advertisement

It’s only one month into the ordering process for the new 2015 Subaru WRX S4 and 2015 WRX STI in Japan, and they have blown away sales targets by a huge margin. Subaru reports that the new-generation WRX S4 and WRX STI performance cars announced on August 25, 2014 through September 24, 2014 have exceeded sales goals by six times the amount they projected.

After only one month since the announcement of the new-generation 2015 Subaru WRX S4 and 2015 WRX STI Type S, the Japanese automaker says they originally projected they would sell 650 units. But orders for the new performance sedans have been six times that amount with 3,835 units in the first 30 days. The WRX S4 is selling slightly better than than WRX STI with 1,992 units for S4 and 1,843 units for STI.

Sales are booming around the globe

Sales of the new-generation Subaru performance cars are hot all over the globe. Orders for WRX/WRX STI in the U.S. are smokin’ hot. Subaru of America (SOA) reported that sales in July and 2014 YTD sales are way up. WRX and STI models have seen a 38.24 percent YTD sales increase over the previous years sales and that makes the performance car the top percentage of sales leader in the lineup and only the new 2015 Forester is better at a 46.77 percent increase YTD. The WRX and WRX are even ahead of the popular XV Crosstrek with a 35.80 percent increase YTD.

Subaru of America has already increased sales projection numbers from 460,000 cars to 500,000 for 2014. Sales in the U.S. are expected to exceed the previous year by more than 17 percent. Some of this is being driven by strong sales of the popular 2015 WRX and 2015 WRX STI performance sedans. Subaru’s decision to not produce a five-door hatchback in WRX/WRX STI has not affected sales.

Orders for the all-new 2015 Subaru WRX S4 and 2015 WRX STI announced on August 25 in Japan have exploded with close to six times more than the projected sales goal in the first 30 days. Performance fans like the new-generation sports car and are buying them at a record clip. It looks like the iconic Rally-bred WRX/WRX STI will continue to be a force to be reckoned with around the globe.