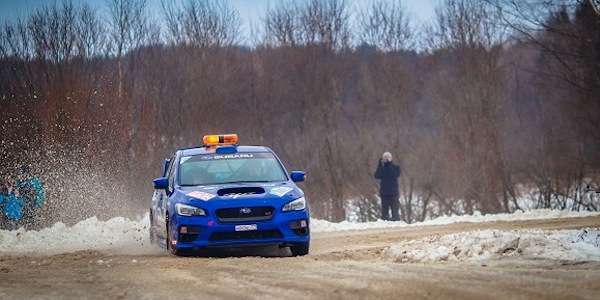 The 2015 Subaru WRX STI rally car is getting ready for the Peno-2015 Russia rally race this weekend.
Advertisement

Rally racing is popular all over the globe and it’s a huge motorsport in Russia. The 2015 Subaru WRX and WRX STI performance cars are sold in Russia where the performance cars have a huge fan base and following. This weekend (February 14-15) fans in Russia will be able to see the new 2015 WRX STI rally car in action at the eleventh rally "Peno-2015."

The Tver region is ideal for rally racing

The race takes place in the Tver region of Russia that is located 167 km from Moscow. It’s the perfect place for rally racing with its thick forest and flat terrain. The average temperature in the winter is zero degrees and there is plenty of snow on the course to make the race extremely challenging. As part of the Russian Championship, two stages will be held, VI Cup of Russia and Stage V Subaru Team Russia Winter Cup.

Team Subaru Russia brings the new 2015 Subaru WRX STI group N, built through the efforts of Uspensky rally Technica. The new car has already been at the first stage of the Championship of Russia in Karelia. The new rally car is piloted by legend of the Russian rally, 14-multiple champion, Sergei Vadimovich.

The Russian Subaru team believes the new 2015 STI has better weight distribution and balance, so that the chances of success are very high this weekend. In the car’s debut at Karelian, the team said it went "very well," and the car showed the team together with the pilot, the 2015 WRX STI’s suspension will handle the banks and will stay planted in the corners.

Passion for motorsports is global and none is bigger for Russians than rally racing in the Tver region. The 2015 Subaru WRX STI rally car is ready for Peno-2015, the second race in the seven event Russia Rally Championship 2015.