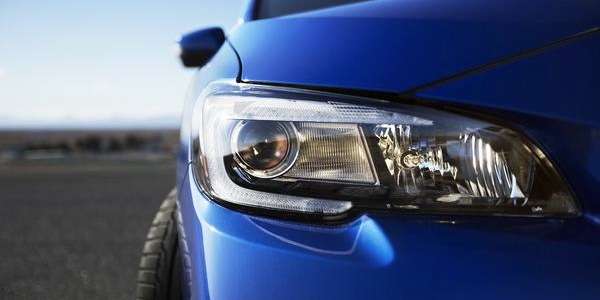 Subaru "mystery" hatchback prototype seen testing in the US

A mysterious Subaru hatchback prototype has been spied here in the U.S. Is this the next generation Subaru WRX/STI 5-door?
Advertisement

Subaru fans have been asking for a new-generation WRX/STI 5-door hatchback ever since the Japanese automaker made the decision to drop the hatch from the performance model lineup. It looks like Subaru is listening as a “mystery” hatchback prototype has been seen testing in the U.S.

World Car Fans have spied the new Subaru hatch, and it looks like a performance model with its hood scoop and the WRX/STI front facia. The rear of the new vehicle looks more like the new XV Crosstrek. World Car Fans suggest that the “mystery” hatchback is the next-generation Impreza which is due out next year.

CHECK OUT: One reason you’ll want to own a 2015 Subaru WRX in five years

Competition is coming from Ford

We think it’s the new WRX/STI hatchback because of the prominent WRX front end and the clear cutout for the performance car’s hood scoop. Subaru knows Ford is bringing the new hot hatch Focus RS to the U.S. sometime later this year or sometime next year as a 2016 model. This would be perfect timing for Subaru to launch a new 2016 WRX/STI five-door hatchback. The Ford Focus RS will be bringing new competition to the U.S. and the Japanese automaker needs to bring back their popular hot hatch.

Fans want the versatility and utility of the hatch

Many WRX/STI fans have been upset that Subaru has “temporarily” suspended production of the hatch model in WRX and WRX STI. It’s still the number 1 burning question fans have about the new-generation sports cars. Fans like the versatility and utility that the hatch body style provides. Most WRX/STI buyers lead active lifestyles and use the performance car for many weekend activities like transporting mountain bikes, snowboards, and surfboards for use on the weekends.

The five-door was 50 percent of the sales

Half of all previous generation WRX/STI sales in the U.S. were hatchbacks and Subaru is hearing it from those performance fans who want the utility and versatility that the body style offers. WRX Project General Manager, Masuo Takatsu, said last year, “We have received strong interest from the US, where the hatchback was 50 percent (of previous-generation WRX sales), so we're now considering it.”

With the launch of the new Ford Focus RS, Subaru could bring a new-generation WRX/STI five-door hatchback to the U.S. sooner than expected. The “mystery” hatchback prototype seen testing in the U.S. could be the new model. Check out the photos here. Stay tuned.