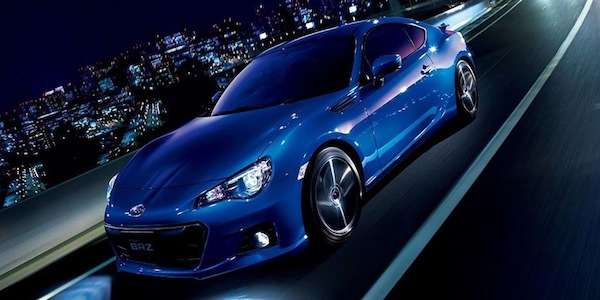 2015 Subaru BRZ coming with performance upgrades but no STI yet

An improved 2015 Subaru BRZ is coming but will we see a new Subaru BRZ STI?
Advertisement

Subaru has announced a new 2015 Subaru RA Racing variant, but it looks like we’ll have to wait on the BRZ STI. Subaru and Subaru Technica International (STI) have been working on the BRZ, but according to Motoring, Nick Senior, Subaru Australia managing director, says don’t look for a BRZ STI anytime soon. The Subaru WRX STI is the only “full-bore” performance model that STI is going to produce for the Japanese automaker.

Even though BRZ fans and performance enthusiasts around the globe would like to see a new BRZ STI with a 2.0-liter turbo boxer engine, Senior was quoted in the Motoring article and said, "The focus has been on growing overall Subaru sales around the world. We are still reasonably small as a manufacturer and resources are limited and have to be targeted.That means at the moment there is no plan to have another STI model.”

We’ve seen Subaru working on the BRZ with their performance division STI, who have brought out the BRZ tS, tS Gt and the newest variant BRZ RA Racing models for the Japan market. We’ve also reported that Tommy Makinen has been testing a BRZ with STI suspension upgrades in the last few month’s. But Subaru is waiting on a full BRZ STI with the engine upgrades from racing partner STI.

STI is racing the BRZ GT300 in the SUPER GT Series along with R&D Sport who manages the race car. The BRZ GT300 2.0-liter boxer gets upgraded with close to 300 hp and 330 lb-ft of torque. It gets 12-inch wide racing tires, a 6-speed sequential gearbox, six piston brakes in the front and four pistons rear. STI designed an adjustable racing suspension.

So we know Subaru is serious about testing the BRZ with engine upgrades and is using the BRZ GT300 in extreme racing situations to test the rear-drive two-door coupe. This engine is a variant of the Rally-proven Subaru Boxer EJ20, which has been tuned for road racing using technologies developed for the STI World Rally Championship (WRC) cars since the 1990s. The EJ20 has been modified to use a dry sump system, which has an external reservoir for oil. This allows the engine to have an even lower profile to lower vehicle height.

Will we ever see a Subaru BRZ STI? In the Motoring story, Nick Senior went on to say, "But it doesn't mean to say that me and other distributors around the world aren't continually lobbying. You respectfully suggest that there is another opportunity for an STI model and I am sure one day there will be.”

The Subaru BRZ would be the most likely model in the Subaru lineup to get full STI performance upgrades. An improved 2015 Subaru BRZ is coming with suspension and steering upgrades, but we don’t know when we’ll see a new Subaru BRZ STI. For now, we’ll have to wait to see if Subaru brings the new 2015 BRZ RA Racing variant to the U.S. Stay tuned to Torque News for the latest Subaru BRZ news.