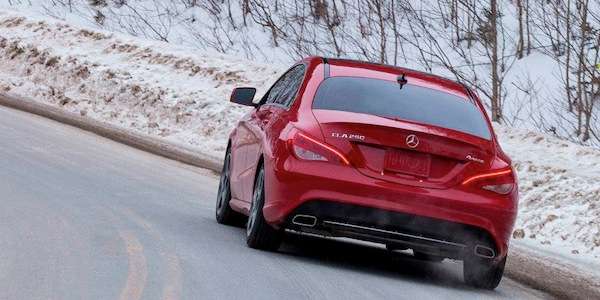 The new Mercedes four-door coupe is getting recognition from ALG and has taken home the top residual value award for the premium compact car class. The new CLA-Class takes the number spot ahead of the MINI Cooper who was number two and MINI Cooper Clubman at number three on ALG’s list.

The new 2014 CLA has some key values that set it apart from the others in this category. ALG says, “The CLA marks a new entry point in the Mercedes-Benz lineup, and it brings abundant style to go along with its pricing accessibility. Mercedes is counting on the CLA to help it continue to grow its buyer base, and the Premium Compact segment is in the midst of a rapid expansion.”

The Mercedes four-door coupe has also received recognition in the UK. The CLA-Class was runner-up in the Business Car of the Year category from BusinessCar.com. The UK magazine and website is a source for fleet information. The magazine gives their annual Business Car of the Year award and they thought enough of the new CLA-Class that it was runner up to the VW Golf.

The Mercedes-Benz brand also received the ALG award for the number one Premium Brand for residual value. Mercedes-Benz was number one followed by Acura at number two and Audi in third place.

ALG says, “Mercedes adds a set of significant launches to its already-growing share, with a restyled E-Class, an all-new S-Class, and a new entry point to its lineup, the small CLA-Class. Mercedes has managed to increase its transaction prices even as its volume outpaces the luxury sector and its fresh lineup will help to ensure that it has the best retention among premium brands.”

Mercedes-Benz has clearly positioned themselves well in the new premium compact car class. It’s one of the fastest-growing segments in the automotive industry. The new CLA is clearly getting the attention of luxury shoppers looking for an affordable option and the initial response has been stellar for the luxury brand. The 2014 Mercedes-Benz CLA-Class is popular with a new generation of buyers because of its pricing strategy, four-door coupe styling and high-tech features.

Now buyers of the new 2014 Mercedes-Benz CLA-Class can be confident it will hold its value better than any other cars in its class. Stay tuned to Torque News for the latest Mercedes CLA news.