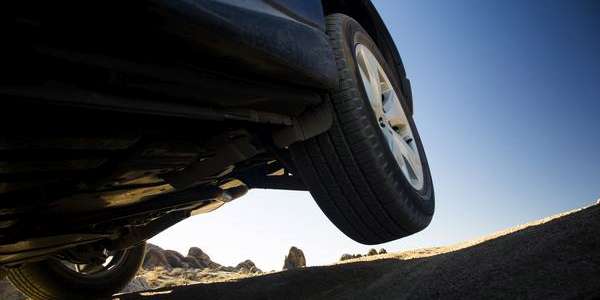 Subaru announced that they will cease production of the Toyota Camry in 2016. Blistering 2014 Subaru Forester and XV Crosstrek sales are the reason.
Advertisement

Subaru is selling so many 2014 Subaru Forester and XV Crosstreks here in the U.S., they have announced that they will stop production of the Toyota Camry in 2016. Fuji Heavy Industries Ltd. (FHI), is the parent company of Subaru of America (SOA) and has produced the Toyota Camry at their Indiana plant since 2007. But that is all coming to an end. What’s the deal with Subaru producing Toyota Camry’s?

FHI formed a basic agreement for the business alliance with Toyota on October 2005. But that ends as the 2016 Toyota Camry will be the last model year that Subaru produces for their Japanese business partner. Production of the 2016 Toyota Camry will end in the fall of 2016. But that won’t end the partnership Toyota has with Subaru. Toyota owns a 16.48 percent share in Subaru and they have other joint product developments such as Subaru BRZ and Toyota GT86 at Subaru’s Gunma plant in Japan.

The reason Subaru will end the consignment production of the Toyota Camry is because Subaru needs to free up production space here in the U.S. to produce more of their own cars. Subaru has 29 consecutive months of year-over year growth and the brand can’t keep up with production. April 2014 was the best month ever for the 2014 Forester, Outback, XV Crosstrek and BRZ.

April was the fourth month that overall Subaru brand sales exceeded 40,000 sales, and the 2014 Subaru Forester SUV is a big reason for their success. Forester now marks nine consecutive months of more than 10,000 sales. It’s a great problem for Subaru to have and they will now be able to produce the 2016 Impreza at the U.S. plant in Indiana.

Subaru will be investing $407.5 million to increase the plant's annual capacity to 370,000 cars by 2016. Subaru sold more than 400,000 cars globally in 2014 and can’t keep up with production at current rates. The U.S. along with strong sales in Canada is forcing Subaru to make room for more cars to be produced here in the U.S.

Subaru said in their press release today, “Since FHI formed a basic agreement with Toyota for business alliance on October 2005, both companies have been seeking effective utilization of managerial resources in R&D and manufacturing areas in full respect of each brand and independence for management. FHI will continue business alliance with Toyota in products and technology in order for both companies to strengthen competitiveness and to grow in the long run.”

Carl wrote on May 9, 2014 - 10:46am Permalink
You should also note that in many parts of the country, dealers aren't selling 2014 Foresters anymore. They're now selling 2015 Foresters because they completely ran out of 14's in March. And with the new trim levels divisions available, such as being able to get Eyesight on a premium Forester now instead of only the Touring model - sales aren't showing any signs of slowing down, either.
carl Jr. wrote on August 11, 2014 - 5:55pm Permalink
The 2013 Forester is probably one of the cheapest cars made. You literally have to slam the rear doors in order for them to close. The seat fabric starts to fray after a few months and the cabin noise is also a problem. The 2014 Forester is made like the rugged ones of the past. I traded in my 2013 and am happy once again!