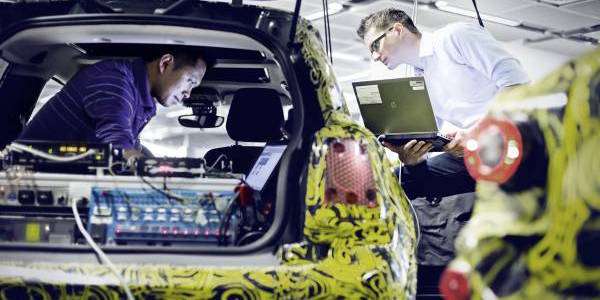 10 reasons why you absolutely want to work for BMW

The BMW Group is a successful automaker and the new BMW 340i is the top selling car in their lineup. It’s also a great place to work. Why should you work there?
Advertisement

If you are a young professional you definitely want to work for BMW Group. They aren’t only a successful global automaker of the popular new BMW 340i, they are one of the top places to work in the world. According to a ranking by Glassdoor in Germany, community job reviewers picked the BMW Group as the most attractive place for anyone to work.

BMW ranked first among automakers, and in the overall rankings of all companies, BMW ranked fourth. BMW was given the top Glassdoor Award based solely on the reviews of employees that give feedback on their jobs, upon leave their working environment or businesses.

According to the Trendence Young Professional Barometer, young professionals all agree: The BMW Group is the most attractive employer in Germany. In an online survey of 7,300 workers with up to 8 years of professional experience, BMW is in first place for the fourth year in-a-row. Respondents of the survey who are economics, engineering and computer science graduates, chose the BMW Group as their preferred employer. You don’t want to move to Germany? Read on.

Why is BMW a great place to work?

Employees of the BMW Group say they like 10 things about the German company. BMW offers performance-based compensation, this compensation also goes beyond the legal and contract services. Employees have a variety of projects to be involved in, excellent prospects for career development, it’s a global company and employees can work around the world if they choose. The Bavarian automaker offers an international flavor for their employees, flexible working hours, assistance in child care and an extensive social security program.

BMW Group the best employer in the U.S.

If you don’t want to move to Germany, BMW Group in the U.S. is ranked the best job for you too. According to Forbes Magazine, BMW is the company with the most satisfied employees. From a study published in March, "America's Best Employers”, 500 U.S.-based companies were rated by more than 20,000 workers. The BMW Group scored number one in the “Automotive” category.

You may not drive the top-selling 2016 BMW 340i but you might want to freshen up your resume for the new year and apply for the many job opportunities at BMW Group around the world. It’s the number one place to work according to young professionals around the globe. Check out jobs here.

Maroun Yammine wrote on June 5, 2020 - 11:20am Permalink
i love bmw and i will go to germany and study mechanical engineering to work in BMW company