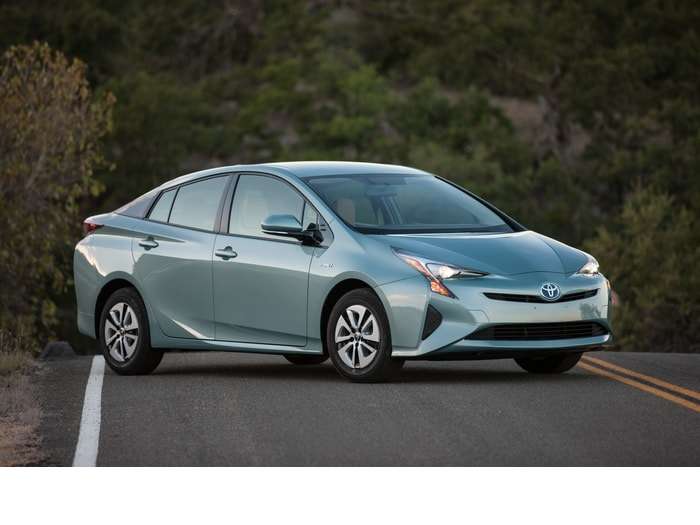 The Prius hybrid appears on a new Toyota recall list. This is a rare appearance by the super-reliable Prius on a recall list and it is again airbags that puts it there. Tell us if you have heard that one before.

The new recall for the 2016 Prius covers a bit less than 50,000 vehicles. That is about a third of the number Toyota built of that model and year. We took a look at CarComplaints Toyota list of recalls for the 2016 Prius hybrid and found only two prior ones. The first was for a handbrake and the second was for airbags unrelated to this one.

Toyota says that this recall is due to "... air bag systems where an open circuit could be created over time. If this were to occur, the air bag warning light will illuminate and the side and curtain shield air bags and/or front air bags may not deploy. Air bag non-deployment could increase the risk of injury to the occupants in the event of a crash." So, unlike the problem with the Takata exploding airbags, this one is simply a switch that has malfunctioned.

The fix is simple. For all involved vehicles, Toyota says its dealers will inspect the serial number of the sensors and replace them with new ones, if necessary. As required by federal law, this fix will be at no cost to customers. Also, according to federal law, all known owners will receive a notification by snail mail starting in late March 2018.

If you are not the type to sit around waiting for the postman to ring twice, feel free to use the Toyota online recall lookup.

It seems like recalls are now so common they come every six months or so. With this model Prius that is pretty much the case. If you are tired of recalls, please tell us in the comments and suggest a fix you would like to see manufacturers be forced to make to reduce the number and frequency of these hassles to owners.