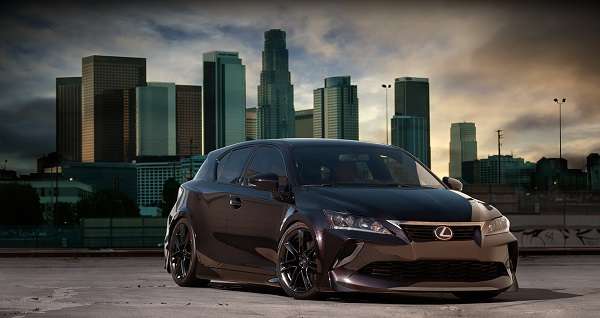 Toyota is preparing a new Prius. Will it come in time to keep the Prius the world’s number one selling green car?
Advertisement

The Toyota Prius had a banner 2013, but the world’s best-selling green car is currently driving Thelma and Louise style towards a sales cliff. Both January and February were a terrible month for the high-volume hybrid line. For the year, sales of the Prius family are down about 30%. It is worse if you look more closely at some of the individual Prius models. However, all is not lost. The Prius is at the very end of its design cycle and a new one is soon to drive onto the stage. Here’s what’s wrong and how the new Prius might turn the tide.

50 MPG Is Not So Exciting Anymore
One problem that the Prius faces is that its classic 5 door sedan model “only” gets 50 MPG combined. There was a time when people were completely blown away by that number. Now, many models are approaching that, and any hybrid with a plug is simply way more efficient in terms of MPGe. Of course Toyota’s Prius Plug-in hybrid is still the leading seller in that class of car. The real problem coming for Toyota is that the all-electric Leaf comes with up to $12,500 of tax deductions in some states and that makes the Leaf about half the cost of the Prius. Leaf sales are still only about 1/10th the size of Prius family sales, but the writing is on the wall. 100 MPGe is the new 50 MPG, and Prius just does not have the shock and awe it once had. With no Prius EV even hinted at, Toyota is in danger here unless the next Prius Plug-in has some serious range, and a gas motor small enough to convince CARB it is not simply a hybrid.

There Are Many New Affordable Green Cars
The Honda Accord hybrid is one of the most amazing green cars in the US market. 47 MPG in a big-sedan package is very tempting. 50 MPH around town! Consider too that the prices of the Accord Hybrid and Prius are not miles apart. The loaded Prius costs more than the base Accord Hybrid. Ford copied the Prius line, and of course those models may look great to fans of the Ford brand in comparison to the Prius. The next Prius needs to leap ahead of the Ford C-max and C-Max energy, but can it?

Next Prius May be More Like Lexus CT 200h
One thing Toyota did hint at doing was to make the next Prius more interesting to drive and easier on the eyes. The Lexus CT 200h is a Prius drivetrain in a much more enjoyable vehicle. The CT 200h handles like an Audi A3 or BMW X1. It feels very sporty, with the exception of forward acceleration. We don’t expect acceleration to change much in the next Prius, but Toyota already can make the Prius the most engaging mainstream green car on Earth, should it so choose.

A friend of mine recently asked me “Why does that car look so stupid.” She meant the Prius we were passing on the highway like it was going backwards. I defended the Prius saying that it is "geek-chic" and the owners like driving a car that is clearly designed for maximum fuel efficiency. Then I realized that the time for that has come and gone. Toyota knows this, and the company chairman has promised a new style. Hopefully, the new look will be like a Mazda 3 for grownups. The Lexus CT 200h is already similar to that style, so we are hopeful it can be done with a good drag coefficient to keep MPG as high as possible.

Dark Interiors
I recently asked a group of Toyota insiders why the Prius is all of a sudden selling badly. One said that the interiors are now dated and too bright. People are back to the "black leather jacket" look and Prius is heavy on the Anne Taylor pants-suit with silver shades, beige, almond and similar light colors. That is easily fixed.

Fuel Prices Spike to $ 5.00 and Prius Sales Explode
That same dealership insider talks to a lot of Prius shoppers that take home Camrys. The truth is that at $3.50 per gallon 35 MPG is fine for many shoppers. However, if that fuel cost number were to spike, even temporarily, he says the Prius’ overall better value in the green car world will again put it on top, even with geeky looks, ho-hum green car mileage and the bright and shiny interiors. So really a good war-scare is all Prius really needs. Let’s hope this isn’t the way it goes.