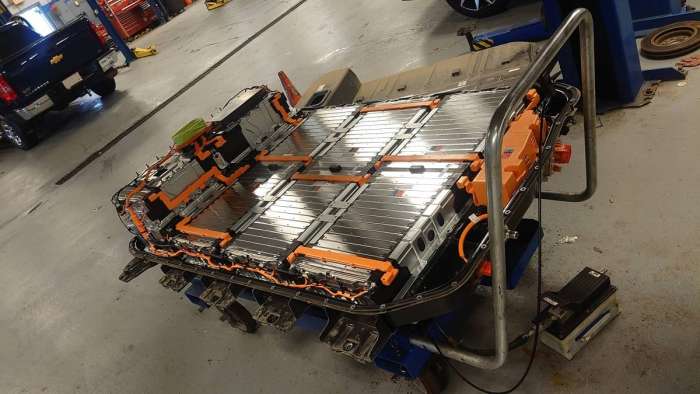 A recent pair of recalls related to the Chevy Bolt have owners learning that even a vehicle with perfect reliability scores can have troubles.
Advertisement

Recalls have a way of educating consumers (like it or not) about their cars. The Chevy Bolt battery fire recalls are an excellent example of this. The Bolt has earned a reputation as a very reliable compact car. Consumer Reports has scored the Bolt a perfect 5/5 from 2017 all the way up to the new '22 model year. That is extremely rare in any vehicle, particularly one that was an all-new design. However, the Bolt is now undergoing a very challenging period. Here are three things Bolt Owners have learned about the Bolt related to the battery fire recalls. 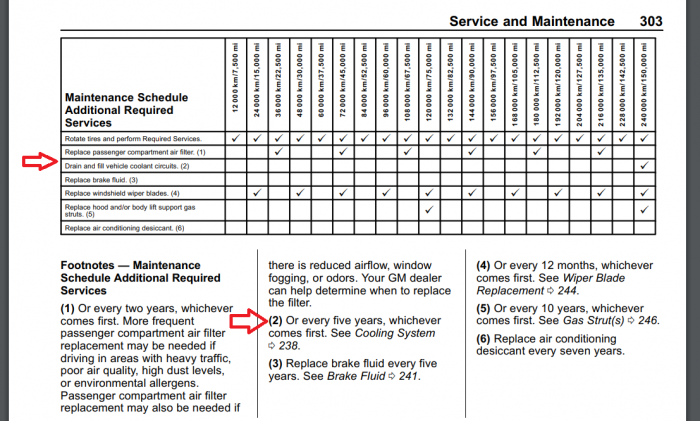 Bolt Lesson 1 - The Upcoming 5-year or 150K Coolant Service Is a Doozy
Look closely at the Bolt’s owner’s manual maintenance section and you will see that the powertrain cooling fluid is scheduled to be changed at 150,000 miles or five years of ownership. The oldest Bolts will soon be due for this service.

Changing coolant doesn’t sound expensive, but it is proving to be. One owner of a Bolt took the car to the local dealer and was told that the car required nearly $2K in “deferred maintenance” related to the cooling system. This is a car less than five years old with nowhere near 150K miles. Our take is that the dealer is mistaken, but the distraught owner reports receiving no help from GM’s hotline. You can view the story yourself at the Bolt Owners Club on Facebook (which has over 14,000 members).

We’ve seen work estimates related to the cooling system of $434.48 from Chevy dealers. Even this cost seems excessive. How many work hours and how much pricey fluid can the vehicle actually take? EVs have meaningful cost of ownership advantages over traditional vehicle designs. It’s services like this that have the potential to taint that reputation.

Bolt Lesson 2 - Some Bolts Have Damaged Battery Cells When Inspected
Both owners and also service techs have reported that the Bolts undergoing inspections related to the fire recalls do indeed have damaged cells requiring a partial change of the battery. Rather than replace the entire battery assembly, the most expensive part of the entire car, GM is instead replacing just the damaged parts of the battery. Anti-EV vehicle enthusiasts have for years been telling anyone who will listen that expensive battery replacements will negate the low cost of ownership EVs promise. It is failures like this that can give some credence to these naysayers. 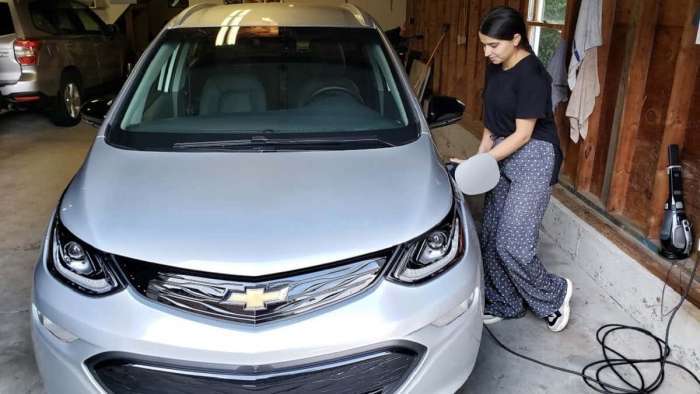 Bolt Lesson 3 - Bolt Fires Seem To Still Be Happening - Even After Both Recalls
Elektrek reported this week that Bolt fires are continuing after the fixes. We view the publication as a very professional Tesla-advocacy group. However, almost nobody has covered the Bolt fire recall in more depth. The publication has done three reports on this issue. The latest details a fire in a Bolt that Elektrek reports had BOTH of the “fixes.” This is a scary situation if it proves to be accurate. EV advocates always poo-poo reports on Tesla fires, Bolt fires, or any EV fire. The usual excuse is “It happens to ICE vehicles more.” Whether that is true or not doesn’t matter. If a car charging in your garage is burning down your house there is a problem. If that fire happens after the “fix” things get downright ominous.

Image Note: The top of page image is a Bolt battery assembly provided by a person involved first-hand with this issue who wishes to remain anonymous. We cannot grant re-use permission for the image.