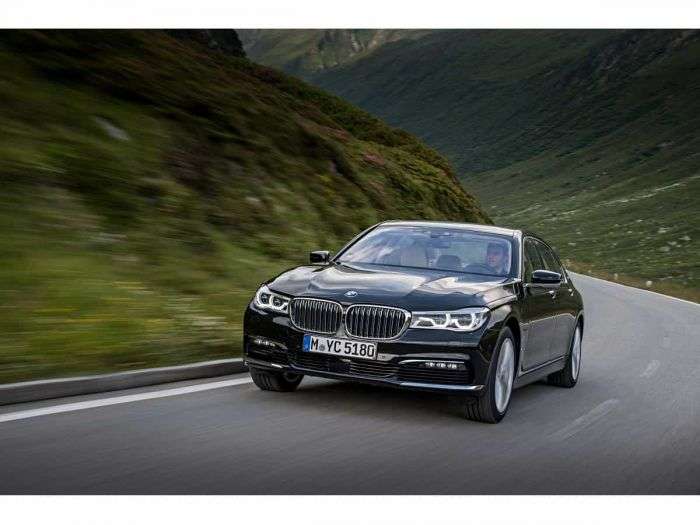 We test the BMW 704e plug-in hybrid electric vehicle and come away with a better understanding of why big green luxury cars are of interest to buyers.
Advertisement

As the electric vehicle movement moves from initial sales at tiny volumes and few selections, toward more mainstream sales and broader selection, one thing has become clear. The field is separated into two primary groups. The first is made up of compact cars automakers are struggling mightily to make affordable. The second group, which is more successful in terms of overall sales, is made up of large expensive vehicles.

Although at first glance making the most fuel-efficient vehicles in the American car fleet hyper-efficient makes sense, it seems pretty obvious that cars like the real-world 40 MPG Honda Civics are not really the "problem" electric vehicles are supposed to "solve." Targeting the largest vehicles in a sales category where pricing is not very sensitive may make sense. Start with the very expensive sedans and work towards crossovers and SUVs. Do pickup trucks after the technology matures and then hit the most efficient vehicles last would be the obvious plan from this former engineer's perspective. And it is exactly what Tesla has been doing.

Along those lines, we have had the pleasure this week to test a sedan that has an EPA Combined rating of just 23 MPG in its base trim, but 64 MPGe in electrified form, the BMW 7 Series. 23 MPG isn't bad, but consider that cars like the Lexus ES 300h (hybrid) can achieve nearly double that and use only gasoline and it is pretty easy to see that there is room for improvement. BMW could have simply copied the Lexus formula, but that would lead to compromises, and shoppers in the near-six-figure range don't want compromises in their five-passenger sedan. They want something very special and are willing to pay for it. However, in today's America, many of those shoppers also want to reduce their environmental impact and they look for the products they purchase to help achieve that aim.

Our tester is the 2018 BMW 740e xDrive iPerformance. Breaking down the model code paragraph, that means this is BMW's largest sedan line, with a plug-in hybrid drivetrain, all-wheel drive, and whatever iPerformance means. It rings in at $99,845. That's about as "near-six-figures" as one can price a vehicle and avoid that extra digit. Having tested the BMW 5 and 7 Series now, we know just how delicious these cars are. The great news for those who would like to drive something with about triple the efficiency is there is no compromise.

The 740e xDrive iPerformance earns a lofty 64 MPGe rating by the EPA. MPGe, with the little e standing for "equivalent", is a much-flawed unit of measure, despised by the EVangelists to whom only all-electric cars are acceptable, and pretty much the best thing we have to work with at the moment. Setting aside the controversial MPGe issue for one moment, the 740E XDrive iPerformance’s 27 MPG is a respectable 15% more efficient when using only gasoline to propel it towards Nordstrom’s than the base vehicle and it will get its owner there just as quickly, and in the same level of comfort. When being goosed by its electric motor, the 740e consumes about .52 kWh of energy per mile driven. Now do you understand where the 64 MPGe comes in handy? The BMW 740e can only travel a short 14 miles on electricity alone, but that is not how plug-in hybrids work their magic. They are hybrids first and foremost, and the 15% added efficiency shows up in that respect. However, top them off with electrons in your garage before commuting to work and your carbon footprint is significantly reduced. If you drive 14 miles to work and have a charger there (and folks who drive $99,845 vehicles may well have their own waiting for them) you could make to work and back with no gas usage. Theoretically.

Why not just buy a Tesla Model S? A few reasons come to mind. First, with all due respect to Tesla, a Model S and a BMW 7 Series are not quite the same beasts. Sure, the Tesla can be configured to be a rocket, but so too can the BMW. In the real world, many people don't care about that level of performance. Another aspect differentiating the two is that side by side the BMW is much more luxurious. And bigger. And never has to stop to charge its batteries if the driver is headed to the country house for the weekend. Plug-in hybrids can be fueled up quickly anywhere in America. For many buyers, plug-in hybrids meld the desire to be green with the practical.

BMW's plug-in hybrid sales numbers are very respectable. BMW sold 14,457 plug-in hybrid vehicles in 2017. That does not include the Plug-in MINIs BMW sold or BMW's i3 sales of 6,276 cars, about half of which have gasoline range extenders. In five of the six months that the Tesla Model 3 was on sale in 2017, the BMW 330e plug-on outsold the Tesla Model 3 (which had lower sales because Tesla could not make the Model 3s it promised). There are many EV enthusiasts who scoff at plug-in hybrid sales, but as a percentage of the total EV market, they have had the lead among all vehicles with a plug now for quite a while. In the first two months of 2018, the top-selling affordable EV in America is not the all-electric Chevy Bolt or the new all-electric Nissan Leaf EV, but rather, the Toyota Prius Prime plug-in Hybrid.

BMW's 740e xDrive is a wonderful car to drive and a solid minority of BMW buyers are now firmly focused on green vehicles. Since Tesla arrived, BMW's sales have not fallen off a cliff, but have remained healthy. There is more to the electric car market than the Bolt and Tesla Model 3. Look closely at the actual sales thus far and it is clear plug-in hybrid vehicles are the choice of many who can afford any car they want to drive. This electrified 7 Series offers shoppers a true BMW experience coupled with a reduced environmental impact.