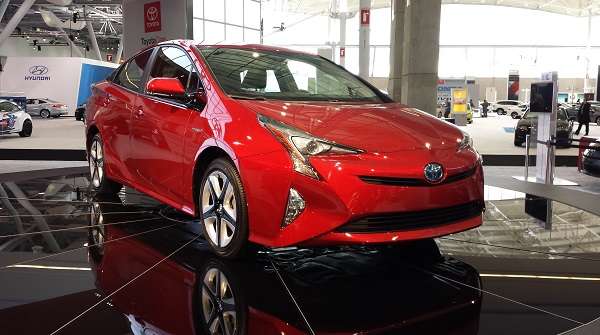 Where have Toyota's Prius Sales Gone - The Surprise Answer

Toyota’s Prius sales decline is easy to decode if you look at the company’s sales chart.
Advertisement

In August of 2013 gasoline was $3.54 on average in the U.S. according to AAA. The fun times of gas near $2.00 hadn’t yet started, and Toyota’s Prius was setting sales records. That month, Toyota’s Prius family combined to account for 27,358 units. Fast forward to August of 2016 and the Prius family sales have declined to just 12,984 units, less than half of what the company sold just three years ago. So where did the sales go?

One thing is for sure; the sales have not migrated to affordable electric cars. In August 2013, the two most popular affordable EVs, the Leaf and Volt accounted for about 5,800 units in total. This past August, those two models do not even add up to 3,200 units. EV sales do play a role, though. In 2013 Toyota’s Prius Plug-in model accounted for a healthy 1,791 units of its total. That model has been basically killed off by Toyota for the past half-year while the company readies a new model with a cord. Back in 2013 when a California resident could get an HOV sticker for the Prius Plug-in, it was outselling the Tesla Model S regularly.

The loss of about 1,800 plug-ins on a total of 14,374 Prius sales is just the first clue. The next clue and the overall answer are linked. Over the past three years, the compact crossover market has exploded with growth. In 2013 the Toyota RAV4 was a sales leader with 23,502 sales in August ’13. That was a 50% increase over the RAV4’s just the year before. The compact crossover sales climb had begun. By 2016, the RAV4’s August sales had increased to 33,171. So it is obvious that the shift from small green cars to compact crossovers accounts for the majority of the Prius sales decline.

However, there is a bit more to the crossover story at Toyota. In August, Toyota sold 4,915 RAV4 hybrids. The RAV4 hybrid is the only affordable green crossover on sale in the U.S. In combination, the Prius hybrid and RAV4 hybrid still account for a total of about 18,000 units per month at Toyota. Other models, like the new Lexus NX 300h, are also attractive options for former Prius shoppers. The sales landscape has shifted to crossovers away from small cars, but Toyota hybrids are still the largest part of the green vehicle landscape.