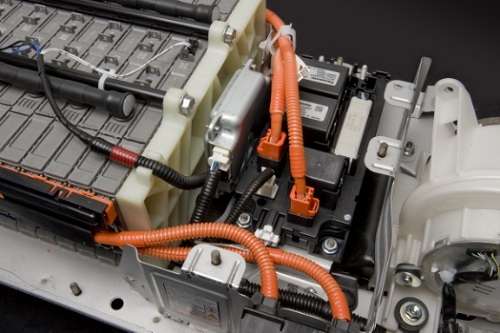 What’s a Fair Price For A Toyota Prius Battery Replacement And What Are the Options?

Toyota Prius Batteries can be replaced for far less than the dealer charges. Here’s how to get it done at a reasonable cost.
Advertisement

Despite what one might hear from a Toyota dealer, a hybrid battery for a Prius can be repaired for about $600 in many cases. The Toyota Prius is the vehicle that the most owners keep longer than ten years. With so many owners keeping their Prius so long, one topic that is likely to become more and more relevant is the price of replacing or repairing the hybrid battery as they begin to live out their useful lives. The hybrid batteries do have a life limit, but it is long. How long? Well, Toyota intended for the battery to last the life of the vehicle, The truth is the vehicle can outlast the battery in many cases. So how do you get a new one, and do it affordably?

Is My Prius Battery Still Under Warranty?
First, be sure that the battery isn’t still covered under the warranty from Toyota. In the states where the Prius sells most, like California and the states that have adopted California’s CARB air quality regulations for vehicles, the warranty is 10 years and 150,000 miles, whichever comes first. So check if your state mandates this warranty, and if it does, schedule your repair or replacement with your local Toyota dealership. It would be wise to call in advance and verify your vehicle is covered. The warranty in states that have not adopted these green-car mandates is eight years, or 100,000 miles.

What Price Do Toyota Dealers Charge For Prius Batteries?
Taking your Prius to a dealer for a battery replacement if it fails may be the worst-case option in terms of cost, particularly for older Prius models with limited resale value due to normal depreciation. On its site, Toyota posts the costs for just the battery as:

What Does An Aftermarket Rebuilt Prius Battery Cost?
However, these prices are literally four times what one can find for replacement batteries on eBay or other internet sites. The most common price point for the ’04 to ’09 Prius is about $550, and many sellers offer installation. If you are a fan of Amazon.com (like the author) you may be pleasantly surprised to find that one can buy a reconditioned Prius battery for between $1500 and $2,000. Generally, about three or four hours of labor are expected to be required for battery replacements and most sellers that offer you a battery, want your old one back. So don’t do anything crazy, like remove the old one and somehow discard it.

Are There Other Prius Battery Fixes?
Aside from a battery replacement, two other options exist and both have a lower cost. One is conditioning. The idea is that your battery does not really need any parts, but rather, it can be “conditioned” through a proprietary series of special cycles to “refresh” its capacity. We are skeptical, but if you want to explore that you can find a company that offers it here.

How Do Experts Fix Prius Batteries?
We spoke to our local expert on all things Prius, Chris from 1A Auto Sales in Walpole, MA. Chris let us in on a little secret that Toyota and most Prius replacement battery shops won’t tell you about the price. Most “replacement” batteries you will find for sale are simply older Prius batteries in which one of the cells died and has been removed and replaced. A replacement cell costs less than $100 and you can find them on the internet for sale. Having spoken to Chris about this, it is not a great backyard mechanic project to undertake. The folks that do it have done it many times and they have the skills, tools, and parts to make the repair efficiently and cost effectively. So consider that before you dive in and try to unbutton a metal battery case and attack the cells yourself.

That said, if you are a mechanic, or if you are the kind of person that likes to take on projects others might be a little intimidated by, manuals for how to get the job done yourself are available. Priuskings has a manual available for $80 and you can find it at Amazon. Those cells that you will likely need for the repair of the battery are also available from Amazon and they even qualify for Prime member free two-day shipping. That is how mainstream this has become.

Dorman Products is one supplier that we continued to find ourselves being led back to. Dorman sells its replacement batteries with a full warranty that last three years and has no mileage or pro-rating limitations. They also say that their replacement Prius batteries come ready to install. These batteries are relatively expensive.

Should I Bother To Replace This Prius Battery? YES!
Now that we have given you the overview of the Toyota Prius battery replacement industry as it exists, the question remains, should you go to the trouble? We have to answer this question based on facts. One fact is that the Toyota Prius is the green car with the best resale value-period.

In a prior story, we covered the topic of Toyota Prius battery life. Our source is well-known to Torque News and he has since updated us with news that his Prius has passed the 250,000-mile point. This long life is not unique. In fact, the owner, Jesse lives in Massachusetts where the local DPW dumps salt by the truck-load on every road from September through May. Our source, Chris at 1A Auto Sales also says that high-mileage Prius cars are not be underestimated. His experience goes back decades with the Prius since his dealership specializes in Prius sales. According to this well-seasoned pro, high mileage Prius cars don’t even lose value. In fact, he mistrusts any Prius he finds with unusually low miles, assuming something is wrong. Nobody babies a Prius. They are meant to be daily drivers for commuters and they hold us well as taxis in many U.S. cities.

Because Toyota Prius battery replacement is a local business, it is hard to Torque News to advise our readers where to turn. One suggestion is to seek help at the Prius Owners Club on Facebook, or in other Prius forums. We can suggest Pleasant St, Auto in Norwood, Mass. The owner and mechanic there was kind enough to chat with Torque News and tell us that he usually charges about $600 for a Prius battery cell replacement repair service.

Joe wrote on March 30, 2017 - 12:20pm Permalink
One correction -- there is no cadmium in Prius batteries -- they are NiMh, not NiCad.
John Goreham wrote on March 30, 2017 - 1:00pm Permalink
Joe, I want to thank you for your comment. You are correct, and the story above has been edited to remove that mistake on my part. Thank you very much for your comment and for reading.
Brian Lamberts wrote on May 7, 2017 - 1:27pm Permalink
If one has a Prius that's out of warranty, he or she may still be able to qualify for a "Goodwill" discount from Toyota of America. Discuss it with the dealer and call Toyota's offices. If one ends up buying a battery pack, Toyota's replacement beats Dorman's by a fair bit. The battery from Toyota costs more, but uses new cells, Dormans are old cells with the bad ones replaced--with old cells. The cost comparison is Dorman about $1500 with a three year warranty versus Toyota (less than $2000 if one shops the internet, the Toyota battery also has a 3 year warranty if you have a dealer do the install, but the new cells should be expected to last the lifetime of the car. I have a couple of Gen 1 Prii, and I really like them!
DJ wrote on November 18, 2017 - 3:47pm Permalink
Be aware that the CARB warranty covers based on where the vehicle is sold and registered, not the location the work is being done. The former service manager at the dealer in Flagstaff Arizona denied that there was a 150k warranty when my Aunt's (California) Prius battery died at 100k while on a road trip. We did later pursue and get a refund on the repair from Toyota (with the assistance of the current service manager, who helped work to make it right). If you have been charged for a battery replacement that should have been under CARB it's worth the time & effort to get the $3k+ back. If you didn't save your receipts it should be sufficient to prove ownership at time of repair. Toyota has a record of the serial # of the battery, VIN, mileage & date of the replacement in order to enforce the warranty on the new battery, and the dealer has a record of what they charged you.
Craig Horsman wrote on June 20, 2018 - 1:22pm Permalink
Putting a “rebuilt” battery pack in a Prius is replacing an old battery with another old battery “rebuilt” with old cells. The older the battery the greater the chance of failure. Priuschat.com is a good resource to research the issue.
Seevaparagasen ... wrote on October 28, 2018 - 10:44am Permalink
Good Afternoon, I am writing from Mauritius, to enquire about new battery hybrid for toyota prius 2013. This is to be exported to Mauritius. Grateful if you can let me know how much it will be, along with all transportation charges, and the necessary conditions. Kind regards, Seevaparagasen.
Patrick wrote on February 10, 2020 - 2:04am Permalink
do they sell hybrid batteries for replacement for Prius in Mauritius? Where? and how much do they cost?
Gerald Zaske wrote on January 18, 2019 - 10:05am Permalink
Question.........How do I tell the battery needs replacement, and,.when the battery goes bad, will the car continue to run and if so, for how long?
Donna Wilkins wrote on May 13, 2019 - 1:50pm Permalink
I have a 2010 Prius.The Toyota dealership told me it was misfiring. We have since bought a new car but my Prius is sitting in the driveway. Can you give me any idea what my Prius would be worth just for the parts. We have never had trouble with the batteries.
Brian Lamberts wrote on May 14, 2019 - 10:09am Permalink
Donna, not enough info. What kind of shape is the car in? How many miles. Does it still start & drive? Could, depending on condition, be as little as $3K or as high as about $10k. Depends a lot on local market, too. Check your local Craigslist for local prices.
Wade Myers wrote on March 2, 2020 - 1:54pm Permalink
Two comments 1. The 2104 Prius isn't available yet so I'm not sure how you figured its resale value;) 2. You said "they hold us well as taxis" that's nice but how well do they hold UP as taxis?
Stacey wrote on July 9, 2020 - 3:37pm Permalink
The article states that a 2007 hybrid battery can be replaced for $600, I live in Denver do you know of any places that will do it for that price?
Christina Bishop wrote on April 3, 2021 - 2:27pm Permalink
I have a 2009 Prius hybrid where can I get a 200+volt battery cheap? How can I tell if it's still under warranty?
Rob wrote on April 1, 2022 - 2:57am Permalink
Have you checked out Green Bean Battery? I would consider it cheap because they will come to you replace it and comes with a 3 year any millage warranty with the option to upgrade the warranty to life time. It seems like they put some effort in and actually recondition the pacs properly and have a warranty to back it up.