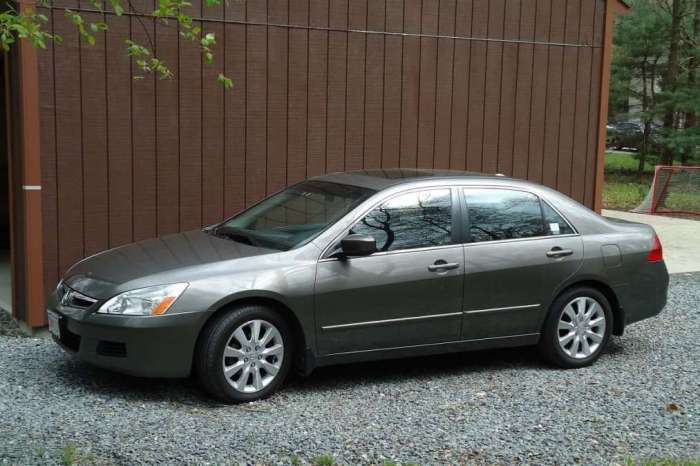 Want to Be a Millionaire? Drive a Used Honda Accord or Toyota Camry

Financial guru Dave Ramsey explains in easy to grasp terms why many millionaires drive cars that are not very flashy. Our take on his observation.
Advertisement

Here at Torque News, we enjoy driving and testing expensive flashy cars. What's not to like? The truth is, we don't buy the cars we test. They are media loaners. Automakers want the public to have fair and honest reviews and commentary on their cars and we provide it. But would we recommend to a person who is not wealthy to aspire to an expensive car? Not this author. And financial expert Dave Ramsey helps explain why.

Related Story: What Do Most Doctors Drive?

Ramsey is a podcast and radio personality who promotes wealth building through good habits. He is a fan of paying down a mortgage before investing in riskier investments. He himself has been bankrupt and he has been wealthy. Beware financial experts who have only been one or the other.

In a recent video called What Secret Millionaires Don't Tell You, shown here in the Youtube link, Ramsey explains why millionaires often drive everyday cars. Before we try to explain his observation, it is important to know that Ramsey's ideas are not get-rich-quick schemes. Most of his advice is based on his studying and researching actual millionaires and then developing guidelines based on how these real-world wealthy individuals and families have behaved.

Ramsey finds that many Americans in the first stages of wealth, those with a net worth of between one and ten million dollars, have relatively modest cars. He says, by example, that many drive "Used Toyota Camry and Honda Accords." We've tested the Honda Accord and Toyota Camry here at Torque News and we have also owned them. We get why anyone might own one, regardless of how wealthy they were or were not. They are easy cars to love.

Ramsey says that most wealthy people don't buy things like cars and homes for other people. They buy them for themselves. In other words, they don't try to be flashy. They buy what they need and what they themselves honestly prefer. Ramsey says that these people generally do not impress valets who park their modest cars - until they get the tip.

Having known some high-net-worth individuals, those with wealth in hundreds of millions to billions, this jives with what this author has observed. One of the wealthiest individuals I have ever known kept a villa in Cannes France. When I visited him, I discovered that he drove a used Peugeot compact wagon. Possibly the least flashy car in France. Another wealthy individual drove an Outback. One who we knew that was a car nut owned a used Miata and a Subaru STI. Modest vehicles, but a blast to drive. And affordable to nearly any American. 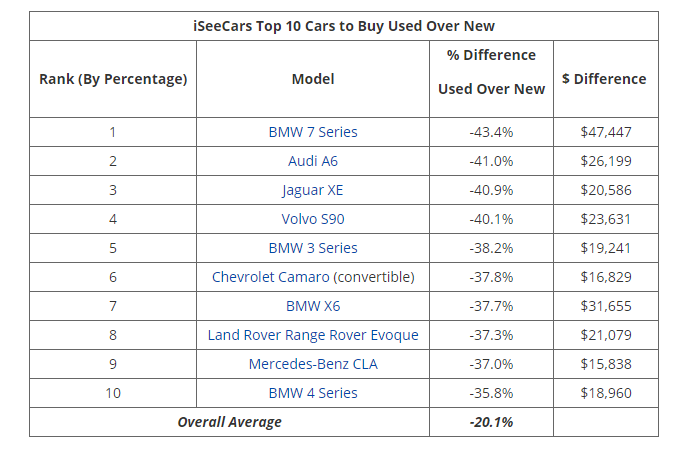 If it were possible to sum up how we have come to view vehicles it might be this. Yes, the more expensive, generally the "better" the cars are. However, as the price climbs, the value equation doesn't follow. The value compared to the price declines sharply. If you don't believe that to be true, look at which cars hold their resale value best and which don't. You will find the flashier, more expensive cars drop in value as soon as they are off the dealer lot. Above is a chart from a just-completed iSeeCars.com study on cars with the largest drop in retained value after just a single year of ownership. Tell us what you notice about the cars on the list of least retained value.

Mark Day wrote on February 7, 2020 - 8:22pm Permalink
“Ramsey says that these people generally do not impress valets who park their modest cars - until they get the tip.” I don’t trust my vehicles to “valets”. If the only way to park is through a “valet” I’ll go elsewhere. From JG: “Yes, the more expensive, generally the "better" the cars are.” Luxury vehicles are having a difficult time distinguishing themselves from, as an example, a Toyota Avalon. In order to do so they are on the bleeding edge of technology, with resulting questionable reliability and unwanted complexity.
John Goreham wrote on February 8, 2020 - 9:44am Permalink
I'm with you. I don't like most valet places either. Too much risk of curb rash or a ding. I think Ramsey was just using the example to make his point. You are spot on about the Luxury brands having a hard time distinguishing themselves. I wrote a story recently about BMW adding Android Auto wirelessly. The first automaker to do so. Chevy actually made no announcement and did the same thing before BMW even built one with it. Microfiber suede was all the rage in the luxury brands and then I got a Camry for $34K with it. Mercedes has a CLA with a 2.0-liter turbo for $50K. The Accord has a car with a 2.0-liter turbo for $31K. Luxury brands used to be the ones with AWD (other than Subaru). Now every Mfg has AWD in almost every car. Take the Mazda3 for example.
Jay wrote on February 19, 2020 - 8:44pm Permalink
I can confirm that what this article says is true, both to the car I drive and the net worth associated with it.
Al D wrote on February 20, 2020 - 2:59pm Permalink
I'm one of those practical misers who drives a Camry when I could be driving a Porsche Turbo or a Tesla Model S. I will be driving a RAV4 Prime soon, but that is another practical vehicle at what will be a bargain price after the $7500 federal tax credit is applied.
driver training... wrote on September 29, 2020 - 9:57am Permalink
Great analysis, I love how you really went in-depth with everything it really projects what one needs to know about want be millionaire drive used Honda accord or Toyota Camry. You have done an excellent job with this content I must say.
Fred Bubbins wrote on February 2, 2022 - 2:20am Permalink
I agree. I could buy 50 Bentleys and the Empire State building but never spend a cent on anything. Currently drive the same 1985 Honda Accord. With the exception of the power steering not working, still drives like a champ with the same tires in fact!
A different thought wrote on January 23, 2021 - 8:36pm Permalink
What folks forget is that a lot of wealthy people don't care for cars. Why would they spend on luxury vehicles then?