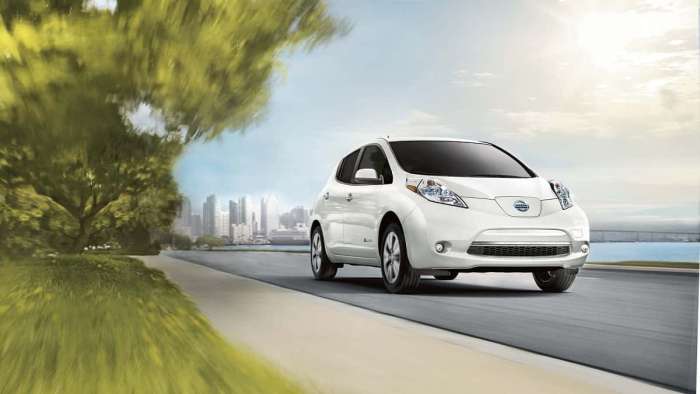 Data show that small cars have higher driver death rates most of the time. The Nissan Leaf and VW Golf defy physics.
Advertisement

Size matters. At least when it comes to surviving a crash. A new study by IIHS and HDLI is just the latest to validate what we all know in our hearts - Bigger vehicles are safer in the real world. The latest study looked at the real-world driver death rates for 2017 model year vehicles. The data were then sorted by vehicle size. To no one's surprise, the small cars were the deadliest. Except two. The Volkswagen Golf and the Nissan Leaf.

Both the leaf and Golf had a driver death rate that was just one-sixth that of its size segment average. The IIHS reports states, "Notably, two small cars defy the average for their size and class, whether driver death rates are measured against registered vehicle years or miles traveled. The Volkswagen Golf and the Nissan Leaf have death rates of 0 and 5 per million registered vehicle years, respectively. Their rates per 10 billion miles were the same. For comparison, the overall rate for small cars was 61 deaths per million vehicle years and 45 per 10 billion miles."

The Golf and Leaf are just as safe based on this real-world data as large, four-wheel drive luxury SUVs, the safest category overall. IIHS notes that the Golf made huge strides in safety for the 2017 model year. Prior to that, the Golf was one of the least safe vehicles in the prior study which included older Golfs.

IIHS speculates that the Leaf's solid results "...may reflect when and where electric vehicles are driven." Which is a strange conclusion given that the vast majority of traffic fatalities occur on roadways with speed limits under 55 MPH.

Even more strange is the fact that the 2017 Leaf was not a standout in IIHS safety testing. The 2017 Leaf failed to earn a Top Safety pick award and one of its IIHS drivers-side front crash tests resulted in a score of "Poor." By contrast, the 2017 VW Golf was an IIHS Top Safety Pick.

HarryS wrote on September 8, 2020 - 8:26pm Permalink
Perhaps the Leaf’s greater mass than most other cars its size helps. The motor, inverter and reduction gear are comparable to gas cars. The Leaf, however, has a nearly 700# battery under the floor. This gives it a lower CG than other small cars. Rollovers are especially dangerous. Just guessing.