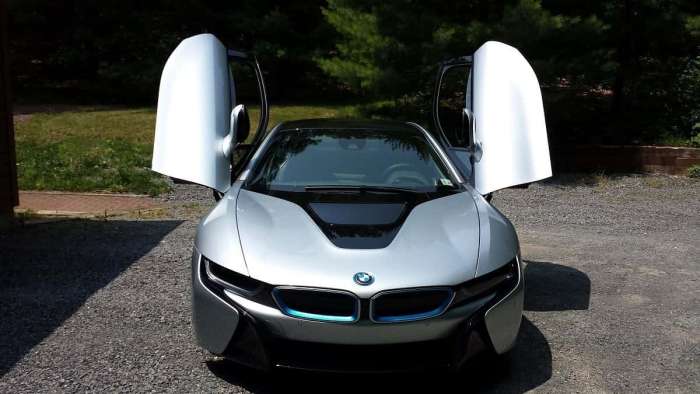 You won't believe this story about a used car online order that went horribly wrong. How can something like this even happen?
Advertisement

Online car buying is all the rage in 2021. With the events of the past year meaning more at-home shopping, more and more car buyers want to find a car they can own by shopping online. However, a car is not like a toaster or a pair of flip-flops. Returning one is a massive undertaking and if you have problems with the car, you won't be dealing with the company that sold it to you, but a dealer with who you don't have a relationship with. One name we have been hearing more and more is Vroom. We looked into reviews of Vroom and here is what we found.

Related Story: Buying or Ordering a New Car Online - Here Are the Negative Reviews And Gripes

Supercar With Super Problem
The first unhappy buyer we found is Roman Mica from TFL Autos. Roman is a reviewer and Youtube personality that hosts a Youtube series with his son. We enjoy their content because they are not afraid to tell the truth. Just for the sake of disclosure, prior to the publication of this story, this author has never met or communicated with Roman in any way.

Roman recently decided to purchase his dream car, a BMW i8, and turned to Vroom to do so. You can view the long series of ridiculous problems and bad customer service he experienced from Vroom in the video linked above. In a nutshell, Vroom accepted a $63,000 cashier's check from Roman and then did not deliver the vehicle. Why? Because Vroom misplaced the payment. You may be asking, "Why is that Roman's problem?" well, it turns out it is the buyer's problem, and if Roman is to be believed, Vroom did little to help the situation.

Story Update (February 23): Vroom reached out to Torque News following the publication of this story and wished to add the following comment, which we feel helps the story have more context. Note that the check that Roman Mica sent went to Houston Texas, and according to his timeline was signed for on Wednesday the 10th of February. One day before the massive storm struck Texas.

Here is Vroom's statement:
"We regret the issues that Roman had in transacting with Vroom, which were exacerbated by the recent storms in Texas, as many of our customer service team members are based in Houston. We did not provide the customer experience that we strive to deliver but have been in close touch with him over the past several days, resolved the payment delivery issues and were on track to begin delivery. We had hoped to have the opportunity to make things right, but we understand Roman’s decision to cancel the transaction and we have issued a full refund. We’re continuing to make process improvements a top priority and our customer service teams are responding to customers across channels, including on sites like Yelp and the BBB, to ensure that our customers are satisfied."

No BBB Accreditation
Vroom has been in business for eight years but isn't accredited with the Better Business Bureau. In fact, the BBB stamps the accreditation for Vroom "Revoked." In addition, the BBB has received 477 complaints about Vroom in the past 12 months. One BBB complaint reads, "With no exaggeration, this was the worst customer experience of my life. Please do not do business with them. For handling what is typically a person's second-largest asset, a car, Vroom could scarcely be less competent." Another says, "Bought a car on 1/4/2021. They have all my money, including funds from opening a loan. They were definitely not doing any paperwork and the delivery is still pending. I am now trying to back out of this as it’s been a month and no sign of a car. I have an open loan, less in my savings, and no car. The fact they haven’t been shutdown is terrible."

Yelp Reviews of Vroom
We also checked out Vroom on Yelp. Here, the online car-buying service receives a 2/5 star ranking. One Yelper who offered a 1-star review compared his experience with conventional car-buying. He wrote, "Brutal waste of time. After putting a hold deposit on a car I wanted I received an email that the contract signing would take up to another 5 days and this did not even include when delivery would be scheduled. The whole point of click and buy is to get the product ASAP. I ended up just going to a dealer and getting what I wanted in an hour." Another Yelper writes, "There have been issues on their end on every step of the way for the past month. Issues like sending me the wrong documents so I can purchase a car and then selling the car to someone else after they wouldn't return calls or emails. I would have never had thought I would be begging for a dealer to take my money and do their job so I can purchase a car."

The idea that one can seamlessly and easily find, select, and buy a vehicle online is very attractive. However, be sure you check out the reviews of any company you opt to try out when shopping for a used car online. If you have had a good or bad experience with Vroom, please feel free to post a comment in the space below this story.