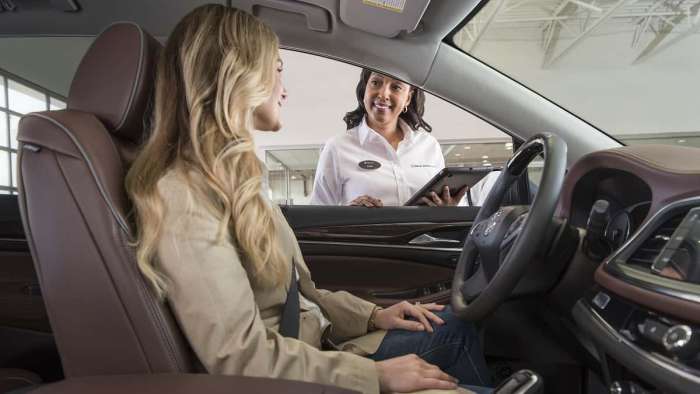 As the administrators of many car clubs on social media, we have noticed one common thread among those who order a car online. Unhappiness.
Advertisement

The car-buying world is getting a bit odd. With manufacturers “launching” cars, crossovers, and trucks before factories are even built in some cases, the wait time between the “I am buying that” moment and the “I am driving my new vehicle home” moment can be excruciatingly long.

Across the interweb, true fans who thought internet purchasing of an all-new vehicle was a good idea are in an uproar. It turns out that each of the manufacturers, and their associated dealers (yes, Tesla has dealers, let’s not pretend otherwise), are a bunch of nincompoops according to the buyers who are tried to take home one of these unobtainium-encrusted models once they were for “sale.”

You see, even though buyers with the highest possible motivation want to buy the hot models, the manufacturers and dealers just wouldn’t give them up. Even at full MSRP+Delivery-Fee-level prices.

We don’t want to pick on any fans of these fantastic models. So we created a custom app that anonymizes social media posts. Here are a few paraphrased posts of folks who tried to buy a vehicle online. See if you can guess which post aligns with which model. All of them were posted by fans of the brand. One last thing; These examples were all taken during times that the model had been released for sale and at least one actual owner had driven one home. In other words, these posts came out after the model was already being driven by new private owners.

Post One: Where Are the Cars?
We have a question for buyers in our state. We assume most of you have acquired your vehicles through your local locations. Can you make recommendations as to which locations you had good experiences working with? Or have been getting allocations? Our old vehicle is on its last legs and we need a vehicle now and can’t find one available.

Post Two: Delays After A Promise
Our vehicle now has a delayed delivery weeks after the initial delivery promise. We ordered our vehicle and everything seemed to be going well. One day before the promised date, we got a call that the vehicle was delayed by two weeks. When we called two days before the new date, we were told it would be an additional 2 weeks. No one could tell us why. This is the most frustrating new vehicle I have ever purchased.

Post Three: Can I make a Change To An Order?
How easy is it to change something when one has a build date? Will it delay my delivery? After we placed our order, we didn’t get a response of any kind from the delivery people. No call no email, nothing from my local delivery location. When we finally tracked them down after many attempts, they suggested we check on our order next week. Why aren’t they able to help us?

Post Four: How Do I Complete This Sale?
OK, so I am in purchase purgatory. Ordered my vehicle two weeks ago. Keep getting messages from the Manufacturer to complete my pre-delivery tasks, i.e., our loan application. The loan has been approved, but that company is asking for the final purchase agreement and says that my Order Agreement doesn't cut it -- that I will need the Final Purchase Order, which will become available when I get a VIN. But I have the feeling that the Mfg. won't push the order forward until the loan process is finalized, so I'm in an endless loop.

Post Five: Delays and Switcheroo
Well, gang ... It's been fun. Mfg. notified me that my vehicle will be delayed until late spring (April build, May delivery). I can't go that long without a vehicle. My local dealer offered me a great deal on an in-stock larger vehicle from the same brand, so I'm opting for that. It's a bigger vehicle than I need, but with the available incentives, will actually cost me less than this new hot model. Still, I have to say, I'm super disappointed.

Internet ordering of a new vehicle model seems to come with its challenges.

Feel free to post your guesses in the comments below about which model corresponds to which of these buyers’ anonymized posts. If a few correct guesses appear we will reveal which model lines up with which of the posts.

Image Note: The image at the top of the page is representative of a happy car buyer from GM. None of the models in this story relate to any GM model, so we chose that image to keep the mystery.