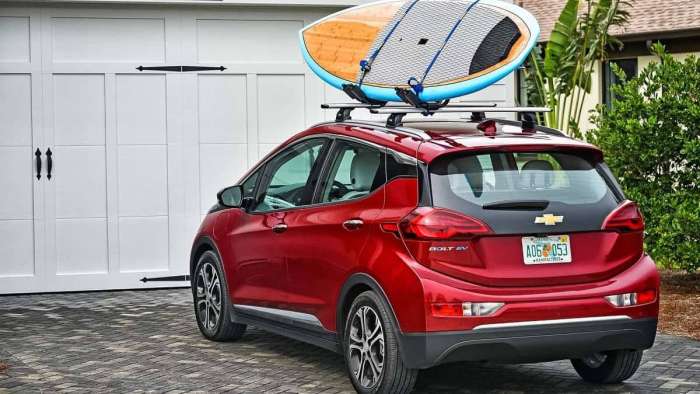 U.S. Electric Vehicle Sales Decline In July - Affordable EVs Down Across The Board

U.S. EV sales declined in July with affordable models struggling to meet half their prior sales levels.
Advertisement

Going unreported by the electric vehicle advocacy is a year-long trend showing that affordable EVs are failing in America. Despite massive discounting in key states, local, state, and federal rebates, tax breaks and incentives, and improvements in every area, EVs are slowly receding in monthly sales. 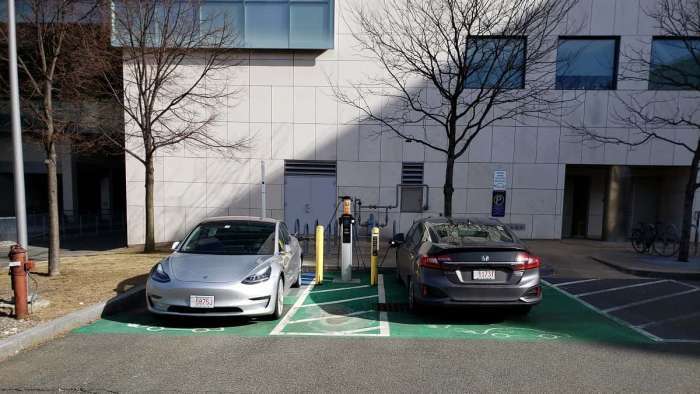 Tesla Sales Decline - U.S. Market
Tesla’s luxury-priced models were down across the board in July. Tesla’s sales cycle has now eclipsed the one year mark since its U.S. production of Model 3 cars reached its full potential. Because Tesla is now shipping many of those cars overseas (via fossil-fuel burning, pollution-spewing cargo ships) the U.S. sales are now lower than last year’s monthly numbers. Tesla says that demand is still strong in the U.S., but with Tesla using old-school dealer discounting and arguably bait and switch tactics to sell its cars, that is hard to believe. We hope it is true.

The Model X minivan/crossover and Model S luxury/performance sedan were both down by double-digit percentages in July compared to last July, and the Model S failed to break 1,000 units. We use EV-advocacy publication, Inside EVs, for our Tesla sales figures and you can view the numbers on its monthly sales chart, going back to 2009.

Chevrolet EV Model Sales
Chevy killed its top-selling Volt EREV earlier this year, so of course, its sales have dropped off (just 250 delivered in July). However, the Bolt is still a relatively new model for the brand and it has few excuses. Long-range, attractively priced after huge dealer discounting, and with excellent safety ratings, it still does not sell. Or is Chevy limiting the production, finding it more cost-effective to just buy the needed ZEV credits from Tesla rather than build cars at a loss in a UAW factory? We guess the latter. 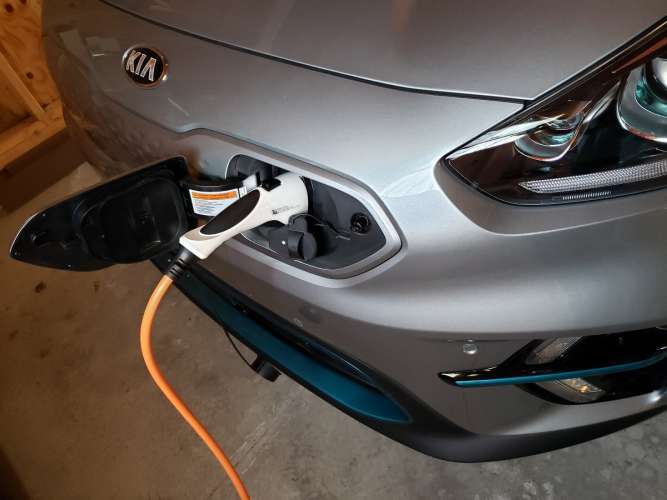 Kia - Hyundai EVs
Kia and Hyundai make the most compelling affordable EV models in America. However, they only make a handful because there is no supply chain capable of delivering the expensive lithium-ion batteries they require at a reasonable cost. For example, now in its fourth production month, Kia delivered 80 Niro EVs, Hyundai delivered 150 Kona EVs, now in its sixth month since it was launched for sale. 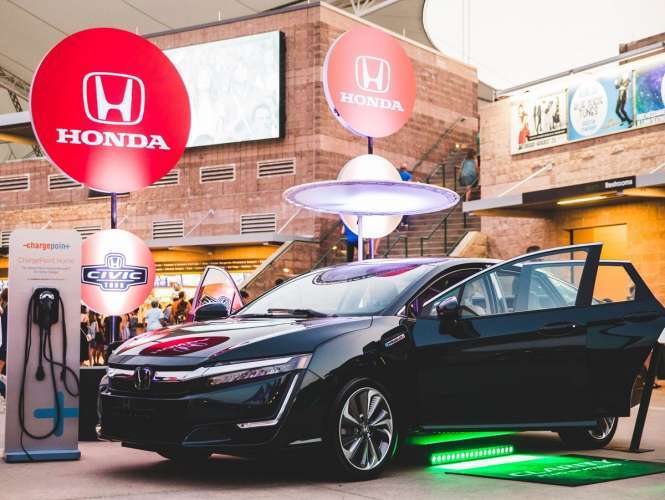 Honda Clarity PHEV
The Honda Clarity is much-loved by owners, and initially, Honda was making them in numbers around 2,000 per month and nearly delivered 3,000 in December. Those days are gone. The Clarity, like all affordable EV models, has declined over the past seven months and Honda only delivered 800 to consumers in July. 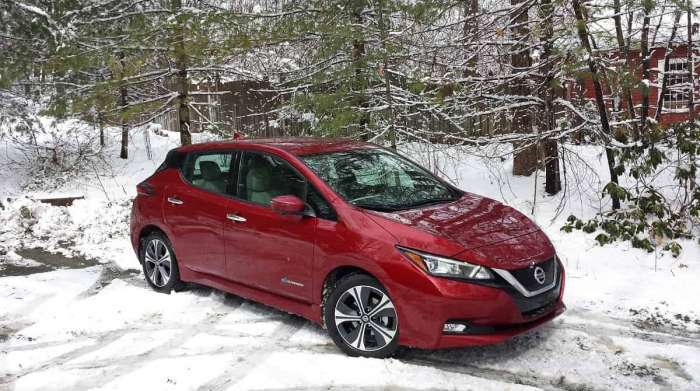 Nissan Leaf
The Nissan Leaf is a fun and affordable EV after discounts and incentives. We drove one this week and loved it. The local utility in Massachusetts had been adding $5,000 to the state rebate and federal tax deduction (still at $7,500). Yet, the Leaf has declined in sales, even as its range grew to over 215 miles. The Leaf could not break 1,000 units delivered in July. This is the lowest July since 2012, the first year of the leaf and before its production was ramped up. The Leaf has had July sales exceeding 3,000 units (2014). Now it sells at less than a third of that rate. 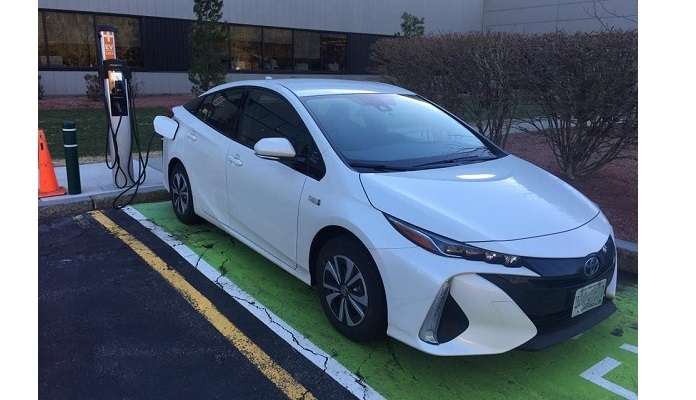 Toyota Prius Prime PHEV
The Prius Prime continues to maintain its leadership role as the top-selling affordable EV in America. It managed 1,875 units sold in July, about double any other affordable model. The folks at Toyota take a lot of heat for not presently offering a BEV, but the fact remains that Toyota is the leader by a country mile in affordable EVs and affordable green cars in America. Toyota’s hybrid sales have grown substantially in recent months and the new 40 MPG RAV4 Hybrid AWD is single-handedly outselling the top five affordable EVs in America. Dealers can’t keep them on lots. Toyota has delivered over 10,000 RAV4 Hybrids per month for many months in a row now.

U.S. EV Market Analysis
The U.S. EV market was down by about 11% this July compared to last July with just 26,395 units delivered. Just for some perspective, the Honda Civic outsold the entire U.S. electric vehicle market in July (and sales were up). The U.S. EV market now consists of one successful model, the Tesla Model 3, and a long list of failures, possibly with the exception of the Prius Prime PHEV. There is no affordable EV in America that sells at even a tenth of mainstream volumes. Tesla reports that its least expensive model, the Model 3, has an average transaction price over $50K. Perhaps only expensive EVs can succeed?

Unlike many advocacy and mainstream media reporters, this reporter does not see the EV market in America as “sales” related in the sense that buyer preference is dictating the “sales” of various models. Rather, it seems crystal clear that the lithium-ion battery-battery based BEV cannot work for affordable EV cars, never mind crossovers as large as a CR-V. The market is short of battery capacity overall and in vehicles under $50K, the battery cost model does not work. Therefore, no manufacturer is building any EVs for mainstream sales. No automaker has demonstrated that affordable EVs, or any EVs for that matter, can be profitable, even with massive consumer incentives and back-end ZEV credits. Even Tesla lost money in its last reporting period. Again.

Many in the media continue to report the “growth” of the American EV market. It is hard to see how that storyline can be considered valid any longer. Even with every automaker now offering EVs and with more and more models entering the mix, deliveries have leveled off and in July they declined.